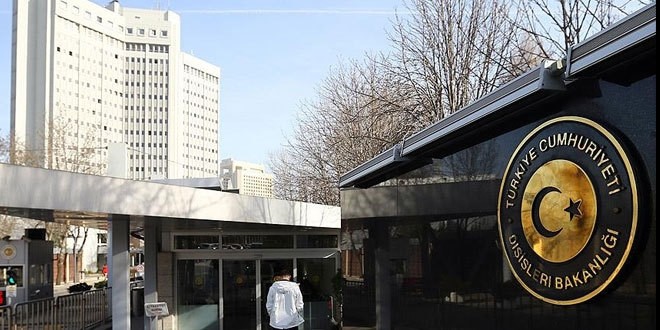 The Foreign Ministry on Friday criticized the Greek Defense Minister over his remarks about President Recep Tayyip Erdoğan, saying the minister 'lacked the capacity to assess and express his views about developments between two countries within the framework of common sense.'

"Greek minister Panos Kammenos, who had the insensitivity to actually honor a group like the EOKA, which had carried out terror attacks in Cyprus, is damaging the ongoing efforts to improve Greek-Turkish relations," the statement released by the ministry said.

The ministry said it calls Kammenos to act responsibly as a state official and refrain from similar statements and actions in the future.

In the past days, Kammenos had caused anger in Ankara with a statement concerning Erdoğan's recent Lausanne comments when he said "Lausanne is not an indisputable text for Turkey, in no way is it a holy text."

Kammenos later on said: "If Erdoğan wants to annul the Lausanne Treaty then we can return to the Treaty of Sevres."

The 1920 Treaty of Sevres was the Allies' attempt to divide and share Ottoman territory after World War I however, it was rejected by the Republic of Turkey and did not come into effect. Later on the 1923 Treaty of Lausanne was signed, finally concluding WWI.