Benin to shut down FETÖ-linked schools 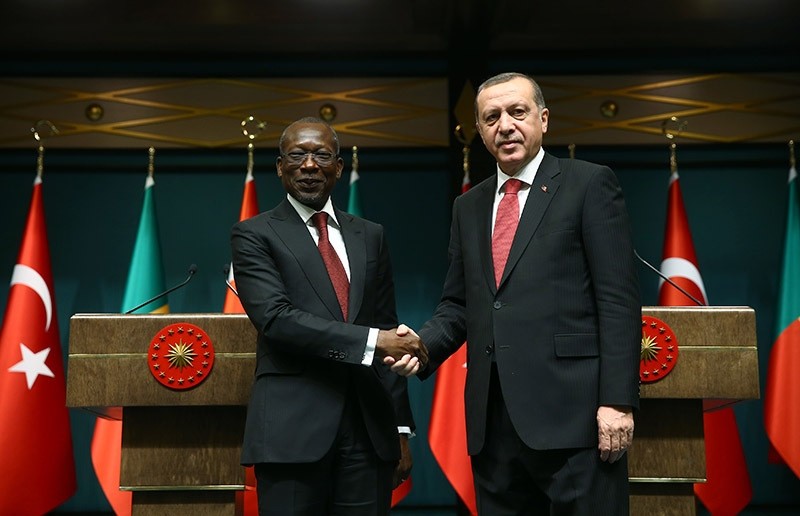 President Recep Tayyip Erdoğan announced in a press conference held in Ankara on Tuesday that Turkey and Benin have agreed on shutting down three schools linked with the Gülenist Terror Group (FETÖ) operating in the West African country.

The decision was made during Erdoğan's meeting with his Beninese counterpart Patrice Talon who was paying an official visit to Ankara.

Over the past weeks, similar arrangements against FETÖ-linked schools have also been made by other African countries including Sudan, Somalia, and Guinea.

Turkey signed a protocol Nov. 18 with Chad for the transfer of all FETÖ-linked schools there to Turkey's Maarif Foundation.

FETÖ runs a global network of schools from Africa to Central Asia, where it recruits more followers into the group.
During the conference, Erdoğan also said that Turkey gives a lot of importance to its relations with Africa, noting that approximately 4,500 African students from 54 different are currently studying in Turkey.

The President added that five different agreements had been signed between Turkey and Benin.

"All [African] countries matter to Turkey, thus, I think, our ties with Africa should be strengthened much more in order to keep this friendship and solidarity together," Erdoğan said.

Both parties also talked about the Turkish embassy in Benin. Erdoğan said that Talon reminded that the embassy building is currently rented, and suggested to reserve a new building site in a better location. Answering positively to the suggestion of Talon, Erdoğan said that the process could be accelerated with the cooperation of both sides.

Talon said Benin has a lot to learn from Turkey which he said is "a rising power."

On a possible visit to Benin by Erdoğan, Talon said: "It will be a very good news for the whole south of Saharan [countries] and it will indicate the cooperation. Maybe many African countries will feel jealous. Because we, as all African countries, admire Turkey."

Turkey, currently having 39 missions across the African continent, aims at having 54 diplomatic missions in 54 African nations to set up stronger ties with the continent.