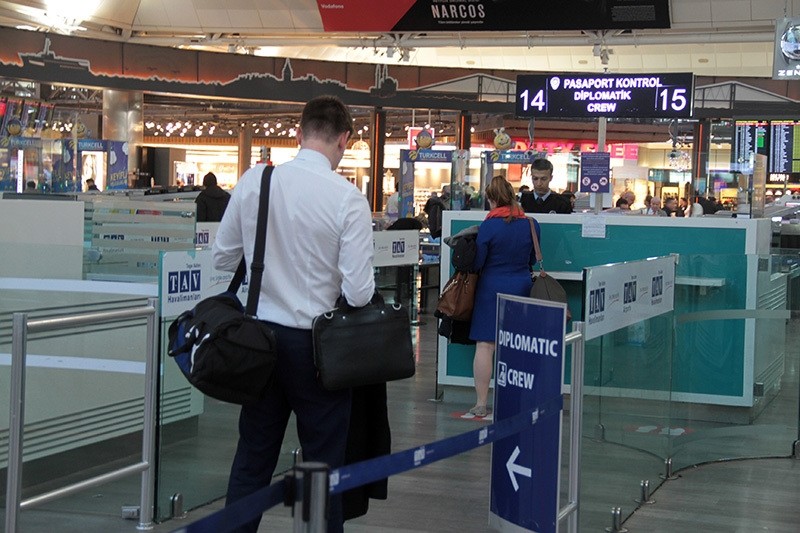 Starting from 7:00 p.m. on Wednesday, the airport police started questionings for German diplomatic passport holders exceeding one hour upon directions from foreign affairs and interior ministries.

After having her purse containing all of her identity cards and passport stolen in a visit to German city of Cologne, Bahçekapılı was kept waiting in a German airport for hours, despite obtaining a temporary diplomatic passport from the Turkish consulate in Cologne. When she objected, she was also threatened with detention if she do not remain calm.

The incident was heavily criticized by Turkish politicians from all parties, while the German ambassador to Ankara was summoned to the Ministry of Foreign Affairs for explanation and deliver Turkey's protest.