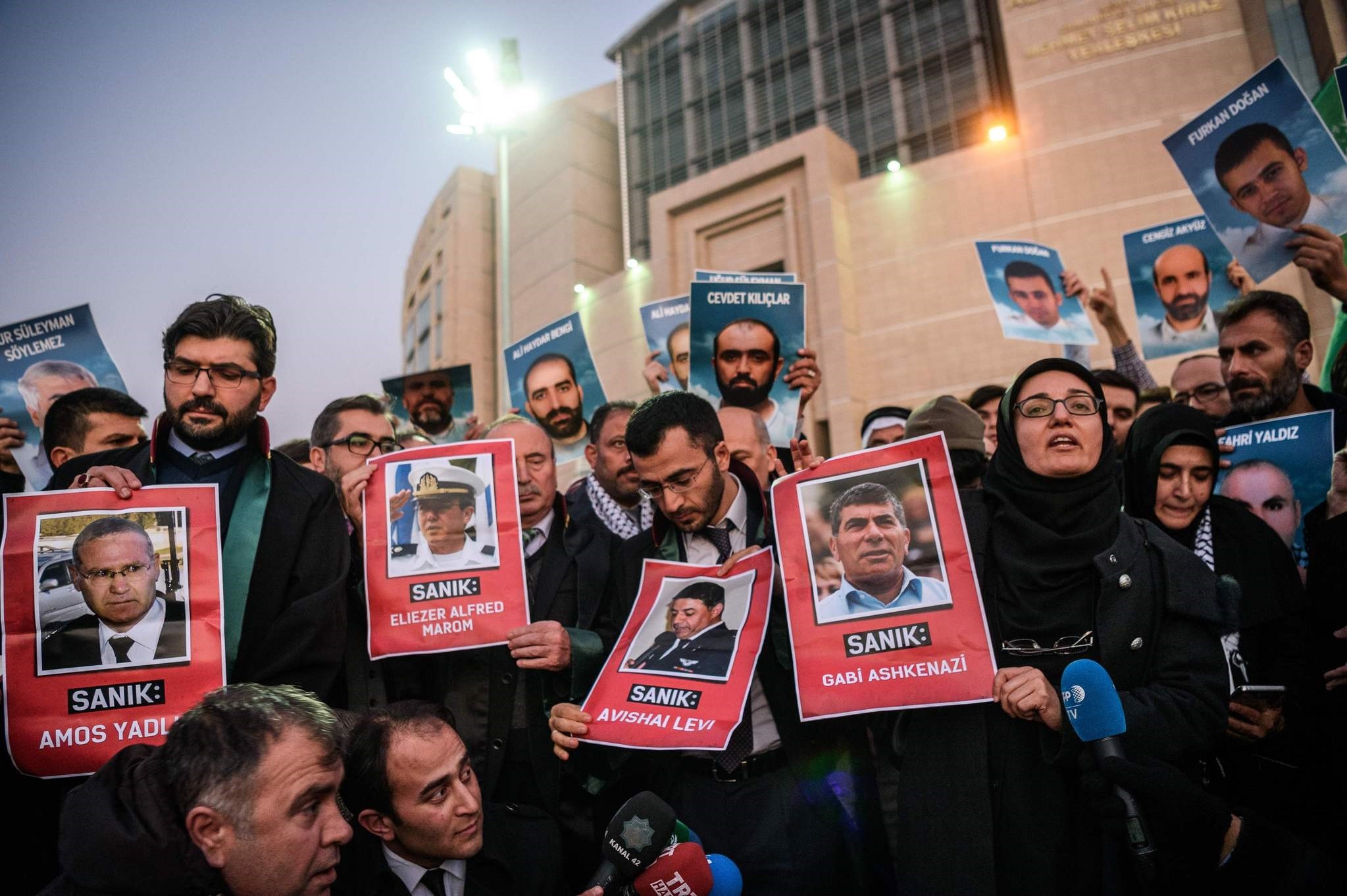 Lawyers hold pictures of accused ex-Israeli army officers as families (back) hold pictures of victims on December 9, 2016 outside the Istanbul courthouse. (AFP Photo)
by Daily Sabah Dec 09, 2016 12:00 am

A Turkish court dismissed the Mavi Marmara raid case, a thorny issue that strained Turkish-Israeli relations, on Friday, acquitting all of the Israeli suspects who were accused of killing 10 Turkish activists on international waters.

Last week, the prosecutor in the case asked the court to drop the charges against the Israeli military brass implicated in the case, pointing to a recent agreement between the two countries to mend ties.

However, the families of the victims called the court to ignore the Turkish-Israeli agreement and send the agreement to the highest legal authority, the Constitutional Court, for its annulment. The court rejected the demand by the families' lawyers.

Nine Turkish activists aboard the Mavi Marmara aid vessel, part of a flotilla traveling to the Gaza Strip to deliver humanitarian aid, were killed on May 31, 2010 when Israeli troops stormed the vessel at sea before it reached to the Palestinian territories. A tenth victim succumbed to his wounds in 2014 after being in a coma for years.

The incident led to Turkish-Israeli relations to sink to a new low and the two countries, already at odds over the blockade of Gaza Strip, virtually froze ties. The two countries had withdrawn their respective ambassadors although they started to seek ways for reconciliation years later.

The United States led the reconciliation efforts at first. Israeli Prime Minister Benjamin Netanyahu in March 2013 apologized to then Prime Minister Recep Tayyip Erdoğan for the raid. However, the protracted negotiations over the amount of compensation to be paid to the Turkish victims of the raid led nowhere.

Israel agreed to increase reparations for the victims to $20 million and a draft of an agreement between the two states was written in February 2014. The countries also agreed that Parliament would drop the lawsuits against Israeli soldiers that participated in the raid with a new law.