Evacuation of civilians from Aleppo linked to Erdoğan-Putin talks: Kremlin 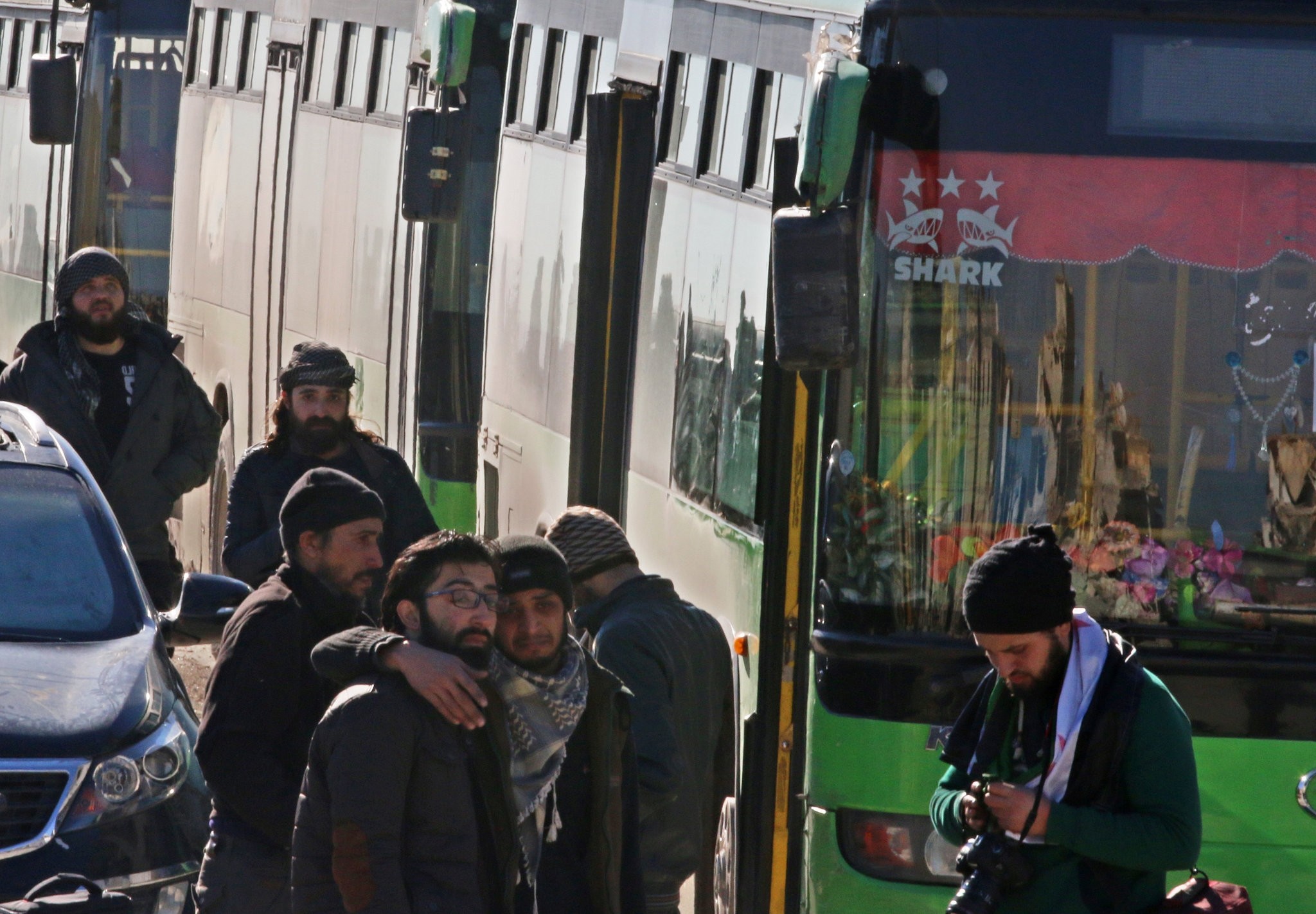 Men react as they stand outside buses evacuating people from a opposition-held sector of eastern Aleppo, Syria December 15, 2016. (REUTERS Photo)
by Daily Sabah with AA Dec 15, 2016 12:00 am

The evacuation of civilians from eastern Aleppo was directly linked to the ongoing conversations between President Recep Tayyip Erdoğan and his Russian counterpart Vladimir Putin, the Russian president's spokesman Dmitry Peskov said Thursday.

On Tuesday evening, regime forces and opposition groups agreed to a Turkey-brokered cease-fire deal with a view to evacuating civilians from the eastern part of the city.

The Turkish and Russian presidents spoke over the phone about Aleppo on Wednesday as they discussed the human tragedy in Aleppo and bilateral relations between Turkey and Russia, sources said.

The two leaders agreed the partial cease-fire deal should be implemented completely and no violations should take place, the source added.