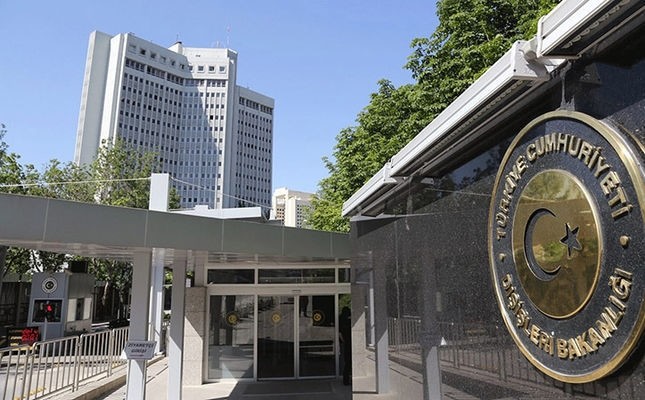 Turkey will not allow Monday's shooting of Russia's ambassador to Ankara to "cast a shadow" over Turkish-Russian friendship, the foreign ministry said on Monday, expressing deep sadness and condemning the "lowly terrorist attack".

The statement, paying tribute to the ambassador as being a well respected diplomat, said the attacker had been "neutralised" and that those responsible for the attack would be brought to justice.

"We will not allow this attack to harm Turkey-Russia relations. We offer our deepest condolences to the Russian state and people on this hard day," the ministry said in a statement.

The ministry added Turkey would continue to fight against terrorism with determination alongside "Russia and all other allies".

Foreign Minister Mevlüt Çavuşoğlu told reporters shortly after his plane landed in Moscow that the attack that killed Russia's envoy to Ankara, Andrey Karlov, would not harm Turkish and Russian relations.

"It is known how important the relations with Russia are for the region and not only for two countries. Especially the recent evacuation of innocent civilians from Aleppo and efforts for a permanent cease-fire and a political solution was recognized by whole world," he said.

Çavuşoğlu said Turkey appreciated Russia's recent position on the situation in Syria and thanked Karlov for his efforts to strengthen relations even in the hardest times since he became ambassador to Turkey in 2013.

While condemning the attack he also said ithe attack not only targeted Karlov, but also Russia, Turkey and bilateral relations between the two countries, which recently began to normalize.

The FM said both nations and their people knew the real aim behind the attack.

He said a joint investigation team would reveal the motive and punish responsible parties within the framework of the law and the attack would strengthen cooperation between Turkey and Russia to counter terrorism.

Karlov was delivering a speech at the Contemporary Arts Gallery in the Cankaya district when an assailant opened fire on the diplomat before shooting into the air, according to an Anadolu Agency correspondent who witnessed the incident.

Karlov was born in Moscow in 1954 and was a graduate of the Moscow State Institute of International Relations. Ee was an experienced diplomat, serving in many positions at the Ministry of Foreign Affairs of the former Soviet Union and Russia.

"Whoever is behind this attack will be brought to light," he said.

Karlov had been delivering a speech at the opening ceremony of an art gallery when an assailant opened fire on the diplomat before shooting into the air.

The envoy was seriously wounded and immediately taken to Güven Hospital in the capital's Çankaya district but later died.

Police special forces neutralized the assailant in an operation that lasted around 15 minutes.

Russia will raise the issue at the UN Security Council, she added.