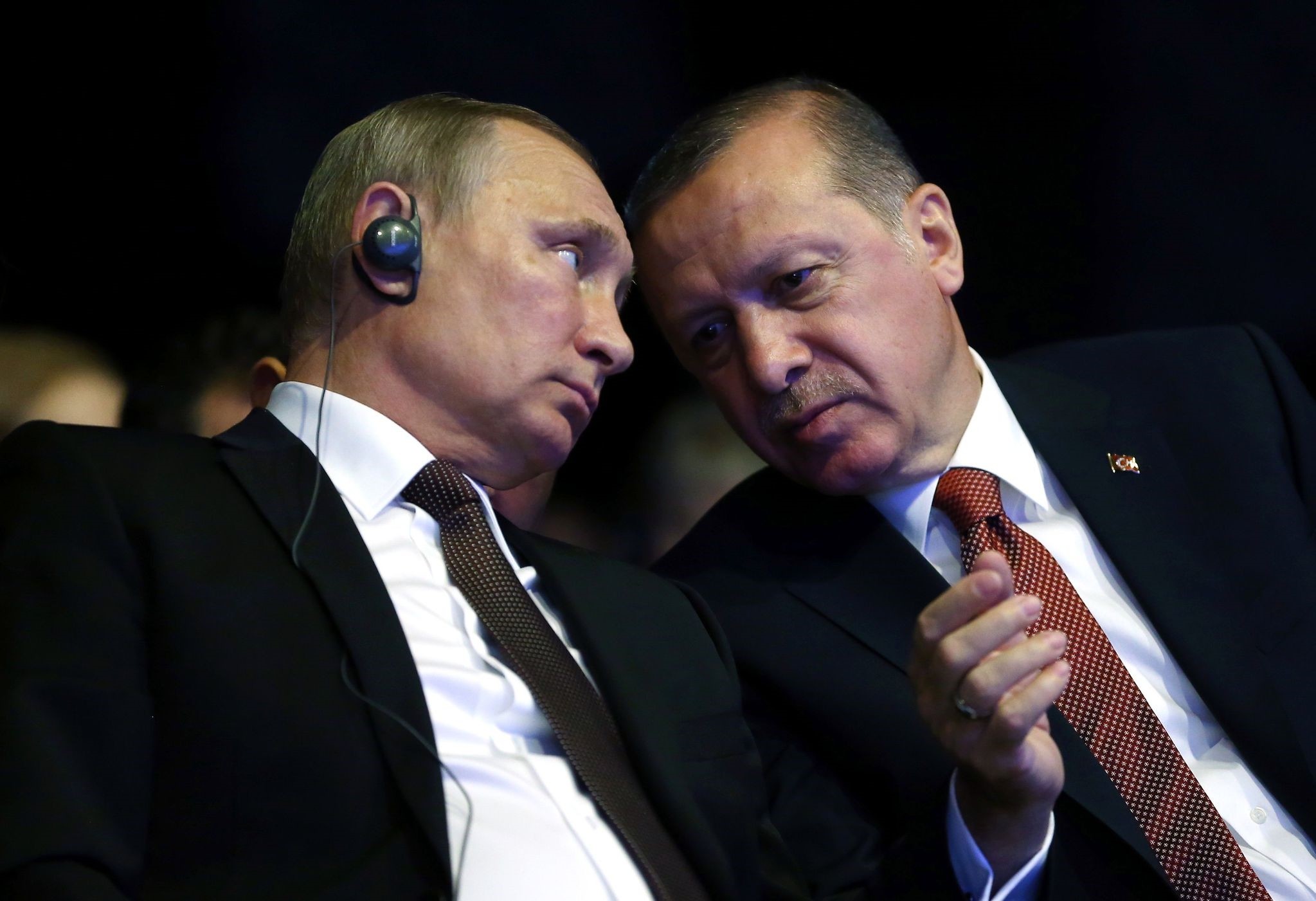 | AFP Photo
by Daily Sabah with Agencies Dec 25, 2016 12:00 am
President Recep Tayyip Erdoğan and his Russian counterpart Vladimir Putin discussed the Syrian crisis in a phone conversation on Sunday, the Kremlin said in a statement.

Kazakh President Nursultan Nazarbayev, who is currently visiting Russia, also took part in the call, it added. Erdoğan called Putin to express his condolences over the crash of Russian TU-154 plane near the Black Sea city of Sochi, the Kremlin said.

The aircraft was en route to Latakia, Syria to perform in a holiday concert when it crashed, killing all 92 people on board, most of them musicians from Red Army Choir, or Alexandrov Ensemble, as well as nine journalists.