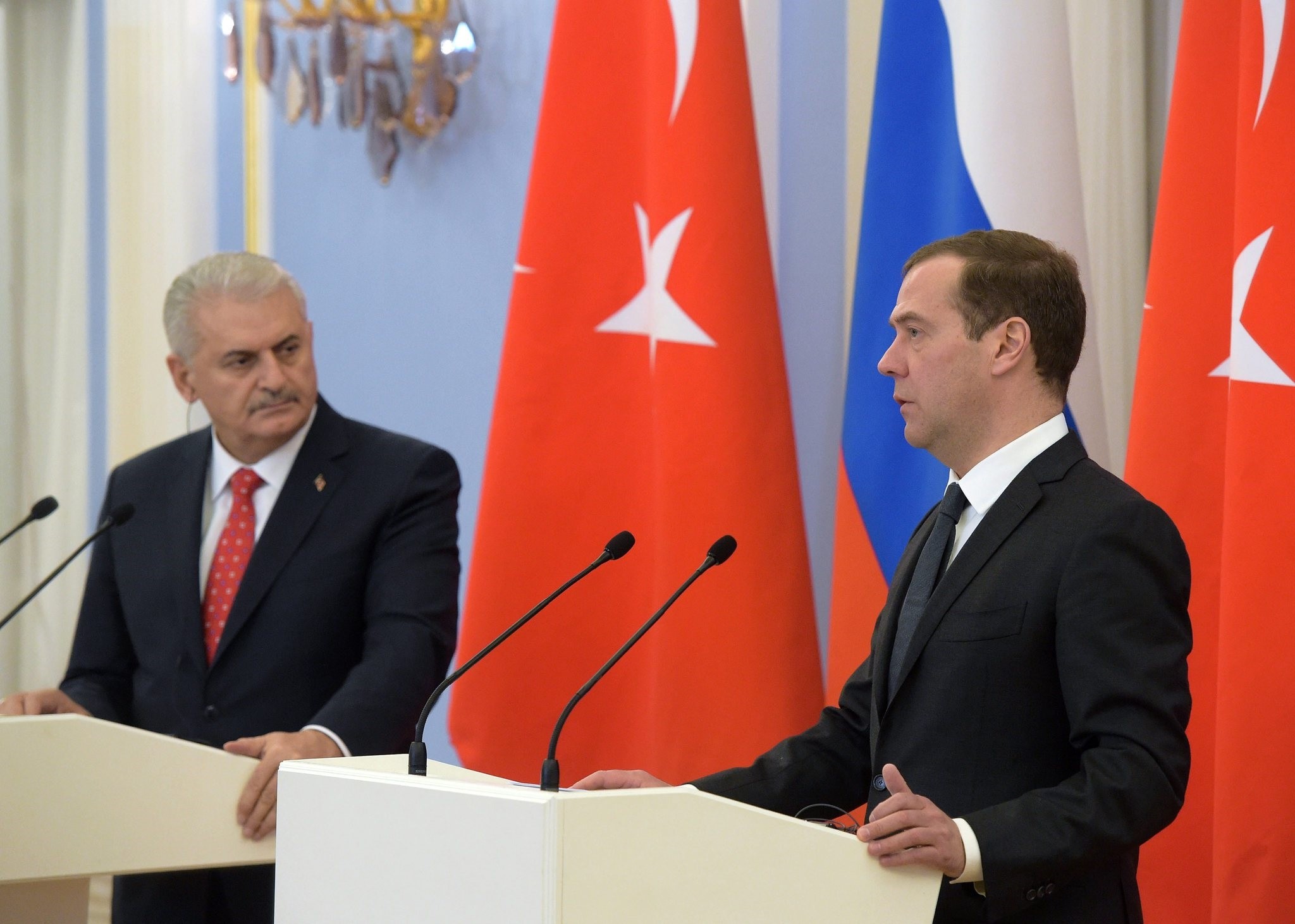 Prime Minister Binali Yıldırım called his Russian counterpart Dmitry Medvedev on Monday after the crash of Russian TU-154 plane near the Black Sea city of Sochi which killed 92 people.

Yıldırım offered his condolences to Medvedev over Sunday's deadly crash, saying that Turkey shares the pain of the victims' families.

The aircraft was en route to Latakia, Syria to perform in a holiday concert when it crashed, killing all 92 people on board, most of them musicians from Red Army Choir, or Alexandrov Ensemble, as well as nine journalists.