Turkey has the right to shut down Incirlik Air Base, Presidential Spox Kalın says 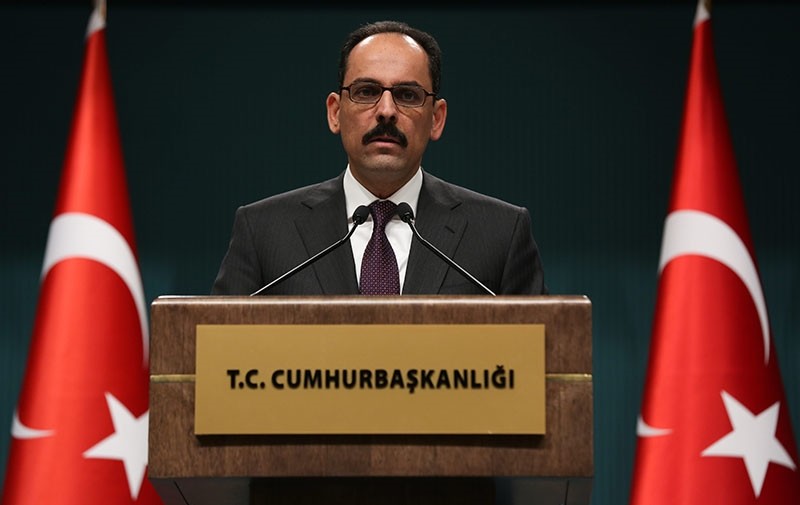 Amid tensions with the U.S. on the lack of anti-Daesh coalition's support in Turkey-backed offensive of the Free Syrian Army (FSA) to oust Daesh from al-Bab in northern Syria, Presidential Spokesperson Ibrahim Kalın said on Thursday that Turkey has the right to shut down the Incirlik Air Base.

Ibrahim Kalın stated that United States' current strategy of concentrating on YPG in the fight against Daesh is not right, and added that he believes Trump's administration will consider Turkey's sensitivity in this issue.

"Turkey has the right to shut down Incirlik Air Base. We always have this right. But as I said, first the conditions should be evaluated. We have the right of disposition as part of Turkey's sovereign right."

Kalın also said that Turkey would never allow the formation of a terrorist corridor in the region, and urged Turkey's allies for support in the fight against Daesh.

The spokesperson also announced that Turkish airstrikes against PKK are continuing in Kandil and nearby areas and stated that the issue was being closely monitored together with Iraqi authorities.

Erbil is also uncomfortable about this issue since the PKK also sees the Erbil administration as an enemy, he added, underlining that it is important for Turkey to maintain good relations with both Baghdad and Erbil.