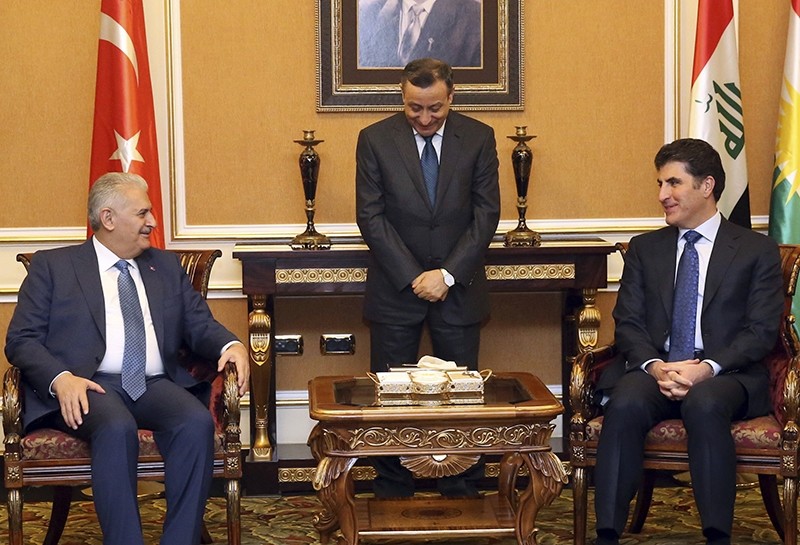 The two leaders are expected to focus on the fight against Daesh terrorists, as well as economic relations.

A closed-door meeting was held between Yıldırım and his Iraqi counterpart Haidar al-Abadi in Baghdad on Saturday.

PM Yıldırım also met with Turkmen politicians and highlighted that Turkmens are the 'friendly' link between Turkey and Iraq.

PM Yıldırım arrived in the Iraqi capital Baghdad on Saturday in a visit that officially marked the end of the diplomatic spat between two countries and to start a new dialogue for cooperation in key areas such as the fight against Daesh and PKK terror, in addition to trade, energy, and water.