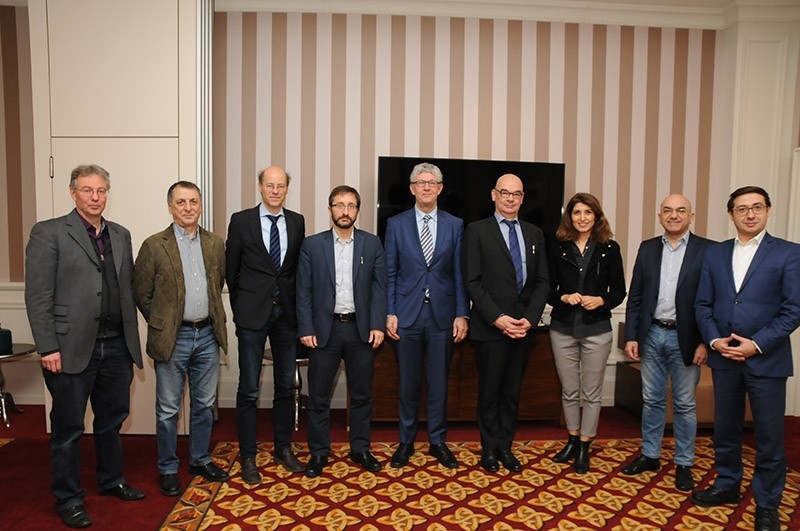 The Sabah Columnist-Club gathered at a brunch event with media reps in Berlin to discuss Turkey-German relations. (SABAH Photo)
by Kaan Elbir Jan 09, 2017 12:00 am

The Sabah Columnists Club has gathered at a brunch event along with media representatives in Berlin.

Serdar Karagöz, the editor-in-chief of Daily Sabah, Ozan Ceyhun, a former member of the European Parliament and Daily Sabah columnist, along with Prof. Fahrettin Altun, Mahmut Övür and Şelale Kadak, columnists at Turkish Sabah newspaper, represented the Sabah Columnist-Club in the German capital.

The guests who attended the meeting included Dieter Bednarz, the Middle East editor of the German news magazine Der Spiegel, Albrecht Meier, the politics editor for Tagesspiegel, Michael Thumann, the foreign politics correspondent and the author of the German daily Die Zeit, and Michael Backfisch, the editor for the Funke media group.

Hasnain Kazim, the south-Asia correspondent for Der Spiegel could not attend the meeting due to a flight cancellation.

The main topics of the meeting were the strained political relations between Germany and Turkey, the war on terror, Turkey's EU-accession process and the debated presidential system in Turkey.

Michael Backfisch responded to Karagöz, claiming that Germany is on Turkey's side in its war on terror with German soldiers stationed in the Incirlik airbase.

Other media representatives claimed that Germany supports the fight against Daesh, but the main actors in this were the U.S. und Turkey and that relations between Turkey and Germany should not get affected by that.

"The most important actors of the Operation Euphrates Shield are Russia, Iran and Turkey," said Prof. Altun, and added that some things would change after Donald Trump takes office.

Karagöz also commented on president-elect Trump, and said that multilateral positive developments could occur if Trump decides not to support the PKK's Syrian offshoot, the PYD.

Turkey's relations with the Shanghai Cooperation Organization (SCO) were also discussed at the meeting. Some attendants asked whether the developing relations between Turkey and the SCO could pose a threat to the EU.

Regarding questions about the debated presidential system, an attendant said that Turkey has multiple enemies in the region such as Daesh, PKK and FETÖ terror groups, and needs a stronger and a more systematic form of government in its fight against these terror groups.

After the two hour meeting, the guests thanked the organizers and said that the gathering was very beneficial, and expressed their hopes that the EU's and Germany's relations and dialogue with Turkey would strengthen and stabilize. 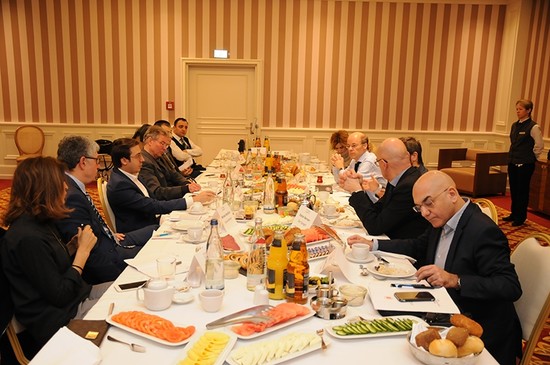 The Columnist Club met for the main event titled "Germany's role in the EU-Turkey relationship" in Berlin. The event took place on Monday afternoon at the Federal Press Conference Building with representatives from media, political circles, academics and NGOs among the invitees.

The "Sabah Columnist Club" began at the end of 2016 as a project which comprised of meetings in different countries, discussing the relations of Turkey with the respective country.

In December the same event took place in the U.S. capital Washington, D.C. under the title: "Coup attempt in Turkey: Reality and Facts". The latest event under the same title was also held in the Belgian capital Brussels.

*Translated from German into English by Rahmi Osman Kaçmaz