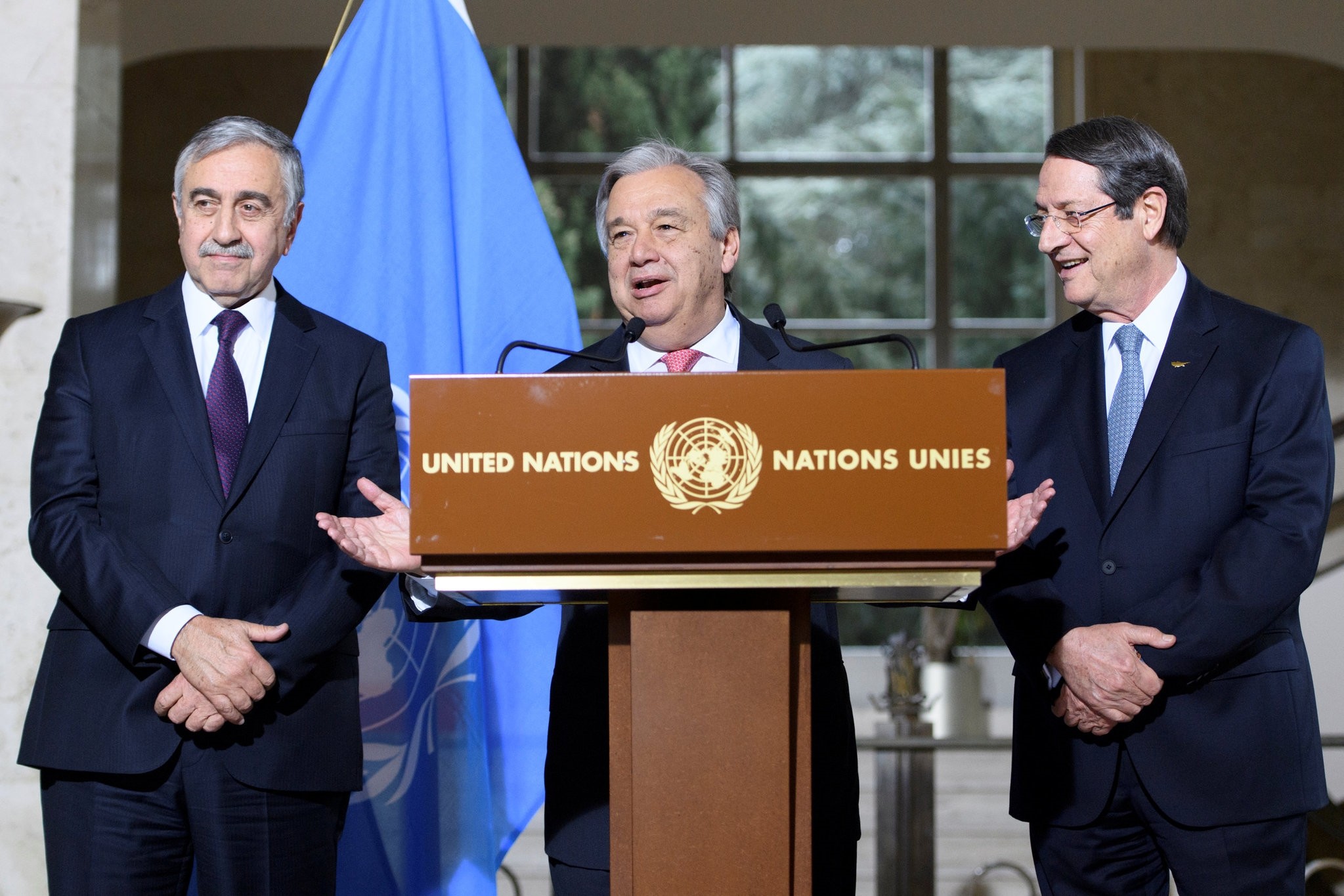 The U.N. Secretary-General Antonio Guterres said Thursday Cyprus talks in Geneva would continue as necessary while there is no "quick fix", for the reunification of Cyprus.

"There is obviously way to go and work to continue. We will reconvene the conference today late afternoon. You cannot expect a miracle for immediate solution. We are not looking for a quick fix," Guterres told reporters after the morning session of international conference on the reunification of Cyprus with the participation of Turkish and Greek Cypriot leaders and three guarantor countries -- Turkey, Greece and the U.K.

"We are looking for solid and sustainable solution. We will be working as much as necessary to reach this in the present conference," Guterres said.

Noting that there were very "important progress" in the first five chapters in Cyprus talks, Guterres said "We had this morning an extremely constructive opening session."

Regarding the possibility of extending the talks and the conference in the following days and the highest level of participation in coming days, Guterres said "We have a plan that the talks will go on as necessary. Our goal is not a calendar, our goal is to get the necessary results and, to do that, we want to work seriously in the amount of time that is necessary."

This was the first time where the five parties discussed the issues of security and guarantees in the conference, he noted.

Thursday's high-level meetings follow comments from the UN's envoy on Cyprus, Espen Barth Eide, who described the preceding three days of talks by the two Cypriot sides as being "on track".

Turkish and Greek Cypriots exchanged maps on proposed territorial boundaries on Wednesday; the documents have been sealed in a United Nations vault.

In remarks made before his departure for Geneva, Akıncı told reporters the Turkish Republic of Northern Cyprus would continue on its own way if a solution was not reached.

Speaking in Geneva, Turkey's Çavuşoğlu said: "The new cooperation in Cyprus should be built on the basis of two constituent states under a common status of bi-zonality, bi-community and political equality."

Çavuşoğlu said the status of Turkish nationals on the island was important.

He also said the "political equality, legitimate rights and security of the Turkish Cypriots" remained a key foreign policy objective for Ankara.

Speaking earlier, British Foreign Secretary Johnson said: "The talks in Geneva on the Cyprus settlement offer both sides a unique opportunity to find a solution.

"The UK fully supports the settlement process and is ready and willing to help in any way it can."

Reunification talks resumed in May 2015; both sides have repeatedly expressed optimism that a solution could be found.