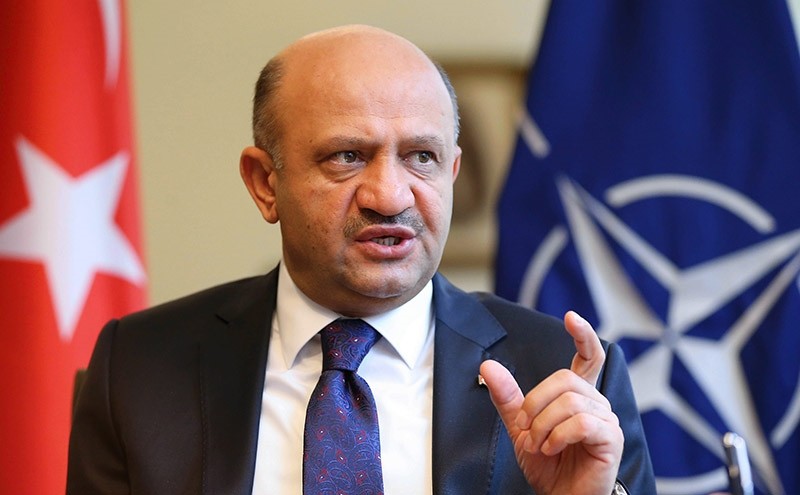 Speaking at a conference of Turkish ambassadors in the capital Ankara, Işık said Turkey's relations with NATO would continue with "determination".

Ankara and Moscow are experiencing improved relations after Turkey and Russia brokered a nationwide peace deal in Syria.

According to Işık, Ankara has the right to criticize NATO when it does not honor a commitment to one of its member states.

When NATO fails to support Turkey's fight against Daesh in Syria, despite its forces in the region, "we can criticize and demand it honor those commitments", Işık said.

Turkey is an important member of NATO and the second largest military power in the alliance, he noted.

"Turkey is abiding by all its commitments to NATO… The recent development of our relations with Russia doesn't mean Turkey's ties with NATO would be weakened," he said, criticizing some Western media outlets' allegations.

Işık said some reporters had carried out a "perception operation" against Turkey when they should support the country, an important Western ally in the region.

"We will continue our relations with NATO with solidarity and determination," he said.

"Some terror groups aimed to establish a sovereign state while some states attempt to increase their power by using these terrorist organizations," he said.

Işık said there were no differences between terrorist groups like Daesh and the PKK/PYD.

"All terror groups are creating threats for humanity and Turkey is determined to fight against them," he added.

He hoped the incoming U.S. administration under President-elect Donald Trump would "correct the mistake" of allying America with the PKK/PYD in Syria.

The PYD is an extension of the PKK, which has waged a three-decade insurgency in Turkey and is considered a terrorist organization by Ankara, the United States and the European Union.

According to Turkey, the PYD and its armed wing - the YPG - are terrorist organizations too as they are affiliates of the PKK.

However, the U.S. considers the YPG/PYD a "reliable partner" on the ground in Syria and continues to support them in the field.

He said that fighting against FETÖ - not only in Turkey but all around the world - would continue.

"We see this [fight] as a struggle for the survival of the state," he added.

FETÖ, led by U.S.-based Fetullah Gülen, is accused of orchestrating the July 2016 coup plot in Turkey as well as being behind a long-running campaign to overthrow the state through the infiltration of Turkish institutions, particularly the military, police and judiciary.