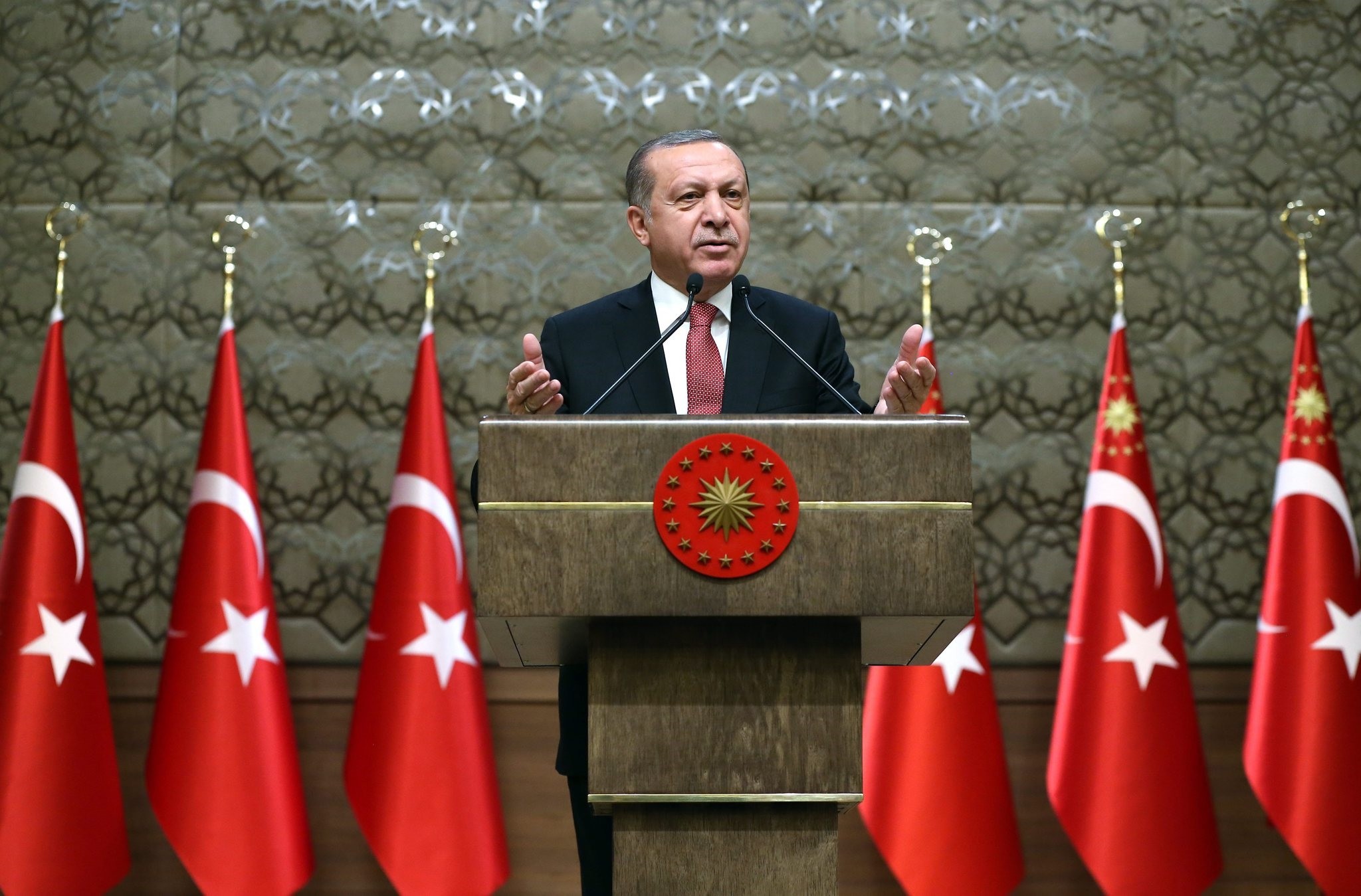 Speaking at a meeting with local administrators at the Beştepe Presidential Complex in Ankara, Erdoğan said that some international organizations attacked Turkey's unity and solidarity during PKK's terror campaigns and 2013 Gezi protests.

Erdoğan said the same media outlets carried out a similar attack plan in the U.S. with publishing false information, however a CNN reporter was "put in his place" by Trump.

On Wednesday, Trump refused to let CNN reporter Jim Acosta ask a question, saying, "I am not going to give you a question," adding that the media organization was publishing fake news.