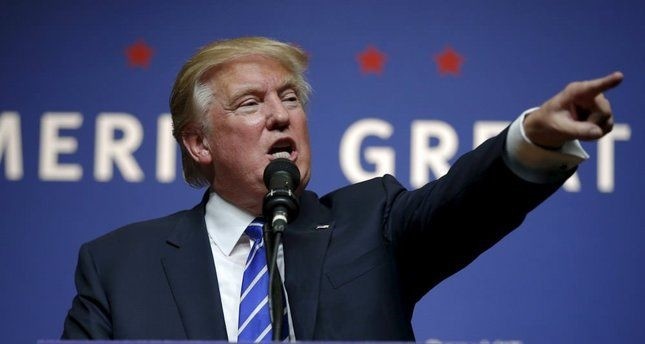 Mediators of the upcoming Syria peace talks in Astana, Turkey and Russia, have extended an invitation to the Trump administration, a move understood as an attempt to restore relations soured during the Obama administration

With less than a week left before U.S. President-elect Donald Trump steps into his new office at the White House, Russia and Turkey, two parties whose relations with outgoing President Barack Obama have soured, recently announced that the upcoming administration has been invited to the Syrian peace talks in Astana, Kazakhstan. Foreign Minister Mevlüt Çavuşoğlu announced on Saturday that Washington has been invited to attend the meeting in Astana on Jan. 23, three days after the Trump administration will begin its presidential term.

The U.S. under the Obama administration has been reluctant to come to terms with Russia and Turkey in finding a solution to the Syrian crisis, including the diplomatic efforts put in by Turkey, Russia, and Iran in a meeting held in Moscow, to establish a permanent cease-fire in Syria Aleppo, which began on Dec. 31. Speaking to reporters at the 9th Ambassadors Conference in capital Ankara, Çavuşoğlu said that Turkey and Russia agreed to invite the U.S., adding that they could "not deny the contribution and role of the U.S." However, Turkey opposes the U.S.'s proposal to include the PKK terrorist organization's Syrian offshoot, the Democratic Union Party (PYD) and its armed wing, the People's Protection Units (YPG), in the Astana talks, as it recognizes them as terrorist groups.

Washington's support to the Syria Democratic Forces (SDF), which is predominantly led by the YPG, has strained its relations with Ankara. The PKK itself is listed as a terror organization by the U.S., Turkey and the EU.

Çavuşoğlu's comments come in the wake of U.S. States Department spokesman Mark Toner's statements to the press on Tuesday, which included him saying, "At some point they have to be part of this process," referring to the PYD/YPG-led SDF.

"If you invite a terrorist group [PYD/YPG], then you should also invite al-Nusra and Daesh. This is nonsense," Çavuşoğlu said about the remarks coming from the outgoing Obama administration.

"We clearly say that all weapons supplied by the U.S. to the PYD ended up in PKK hands," Çavuşoğlu added. Ankara argues that there is no difference between the YPG and the PKK, as they share the same leadership, ideology and organic organizational links. Consequently, Ankara has repeatedly said that any military support given to the PYD/YPG would eventually be transferred to the PKK and ultimately be used against Turkey.According to a source speaking to the Washington Post, the invitation to the U.S. was made to Trump's nominated national security adviser Michael T. Flynn in a phone call made by Russia's ambassador to Washington on Dec. 28.

The source has also told the Washington Post that no immediate decision has been made on the participation of the U.S. during the phone call.The invitation to the upcoming Trump administration for the Astana talks on Jan. 23, which will be attended by representatives of the Syrian regime and moderate opposition, has been understood as an attempt to initiate a new phase in relations between Russia, Turkey and the U.S., as both Moscow and Ankara had bitter relations with the Obama administration in Washington due to the reluctance on reaching a political solution to the Syrian crisis.

"Rather than finding a solution, the Obama administration chose to partner with an ethnicity-based [PYD] group in Syria. In addition, Obama's position in Syria and the Middle East, which led to the bloodshed in Syria, also strained its relations with its historic allies, Israel, Saudi Arabia, and Turkey.

Witnessing Obama's failed Middle East and Syria policy, regional powers have come to an agreement to find a political solution to the Syria crisis. Although there has been an attempt to draw a picture that Washington has been excluded from the new Syria process, it is rather the Obama administration's wrong policies that have been excluded," Karagöz added.

Meanwhile, the High Negotiation Committee (HNC) released a statement on Saturday in support of the Astana talks, saying that the meeting should set the ground for the meeting, which will be held next month in Geneva. Despite a long process, the Geneva talks, held between opposition forces and the Syria regime in moderation by the U.N., Russia, and the U.S. in February last year, has not been fruitful.

Burhanettin Duran, director of the Ankara-based Foundation for Political, Economic and Social Research (SETA) said, in a recent interview with Daily Sabah, that the Trump administration is expected to improve its relations with allies, such as Turkey. Duran added that, given the recent positive rhetoric, cooperation between Trump and President Recep Tayyip Erdoğan is expected to emerge between the two historical allies, particularly over disagreements in the Syrian crisis.

"Trump will value Turkey's anti-Daesh efforts in particular. This will also affect Trump's approach to the Gülenist Terror Group (FETÖ) and YPG issues in his ties with Turkey," Duran also said.

In the new term at the White House, Trump is expected to restore relations with both Russia and also Turkey. President Erdoğan has hinted at restoring relations with the U.S. and has warned the Trump administration to take Turkey's sensitivities into consideration, particularly with regard to the U.S.'s support to PYD in Syria, and also the extradition of FETÖ leader Fetullah Gülen, who has resided in Pennsylvania since 1999.

The Trump administration's Secretary of State nominee Rex Tillerson said on Wednesday that the U.S. during the Trump administration will have to re-engage with Turkey, and other traditional allies, particularly to regain its leadership role in the Middle East.
Last Update: Jan 16, 2017 11:53 am
RELATED TOPICS