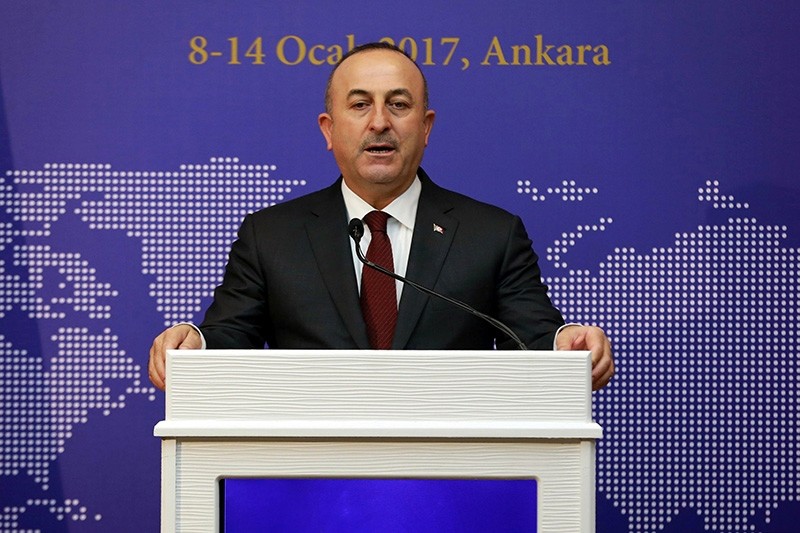 Foreign Minister Mevlüt Çavuşoğlu announced Tuesday that he will attend the incoming Trump administration's inauguration ceremony, which is due to be held on the West Front of the United States Capitol Building in Washington D.C. on Friday.

The official announcement came after recently increasing questions over whether the Trump administration will normalize the freeze in Turkey-U.S. relations.

Turkish officials have previously stated that Turkey can cooperate with the U.S.'s new administration since many of Turkey's views overlap with the incoming President.

But Turkey-U.S. bilateral relations have been experiencing challenges, particularly over the U.S.'s delayed reaction to the July 15 coup attempt by the Gülenist Terror Group (FETÖ).

Since the night of the attempted coup, when 246 people including civilians and security officers were killed by Gülenist plotters, Turkish officials waited for the U.S. to give their support to Turkish democracy, but U.S. authorities waited nearly one month before giving a supportive statement and visiting Turkey.

Another significant freeze in bilateral relations is the U.S.'s continued rejection of Turkey's request for the extradition of the terrorist cult leader Fetullah Gülen, the mastermind of the attempted coup, which is Turkey's red line.

Gülen, who has been waging a long-running campaign to overthrow the elected government through supporters within Turkish institutions, particularly the military, police and judiciary, has been living in Pennsylvania in self-imposed exile for more than 15 years.

Bilateral relations have also been hit by the U.S. officials' support for the PKK terrorist organization's Syrian offshoots of the Democratic Union Party (PYD) and its armed wing of the People's Protection Units (YPG).

Thousands of people within Turkish borders have been killed in the terrorist attacks by the PKK for 30 years, and it has been revealed that some of the attackers in the recent terrorist attacks in Turkey were members of the PYD/YPG.

Turkish officials have highlighted that if the upcoming U.S. administration is determined to normalize the frozen relations between Turkey and the U.S., it should extradite Gülen and stop supporting the Syrian terrorist organizations in the region.