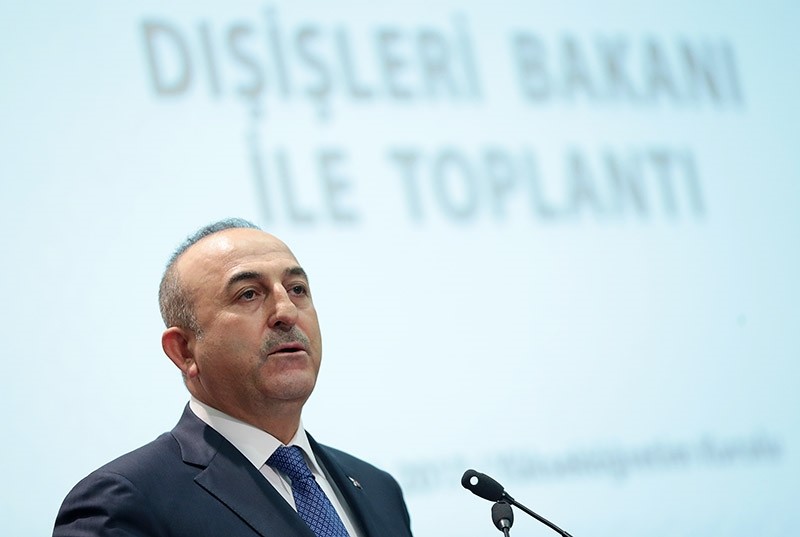 "Met with General Flynn, who will assume the position of National Security Advisor, and other officials at a working breakfast in Washington D.C.," Çavuşoğlu tweeted.

The meeting marks a first direct reachout between the President Recep Tayyip Erdoğan administration and the incoming Donald Trump administration, other than a phone call between two leaders last November.

An aide of the foreign minister didn't provide additional details on the meeting, but said that Çavuşoğlu was the only foreign leader at the breakfast and the topics on the U.S.-Turkish agenda were discussed by the attendees.

A invitation letter for the breakfast, obtained by Daily Sabah, said the breakfast would be a small event for about 50-60 guests. It also said White House Chief of Staff Reince Priebus might join the meeting. It was not immediately clear whether he attended.

An official at the Trump Organization, and two other fundraisers were presented as co-hosts, according to the letter.

Çavuşoğlu previously told Turkish media that he would attend the incoming Trump administration's inauguration ceremony, which is due to be held on the West Front of the United States Capitol Building in Washington D.C. on Friday.

The official announcement comes as questions over whether the Trump administration will be able to normalize relations between Turkey and the U.S. are increasing.

Turkish officials have previously stated that Turkey can cooperate with the new U.S. administration since many of Turkey's views overlap with the incoming president.