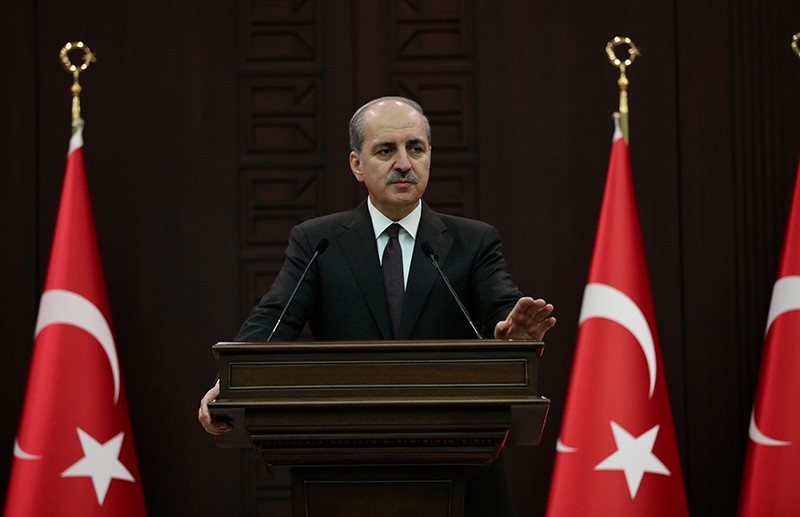 Syria peace talks aimed at bringing an end to the six-year-long Syrian conflict that has left hundreds of thousands of dead and millions of people displaced, began on Monday in Kazakhstan's capital city Astana as part of joint efforts by Turkey and Russia to establish a cease-fire.

Ankara expressed that Turkey is hopeful for a solution in the talks, calling the international community to support the process.

"It is the duty of the international community to establish a permanent and a just peace which will be accepted by the Syrian people. We want to express that we are hopeful. After six years the two fighting sides are coming together around a table for the first time, opinions which are very different at first, very opposing perspectives will reach a point, and as the meetings continue, a reconciliation point will be reached," Deputy Prime Minister Numan Kurtulmuş said on Monday, highlighting Turkey's diplomatic efforts put in for the peace process.

However, Kurtulmuş noted that there is no rapid solution to the conflict, which has devastated Syria and killed over 600,000 people over the span of six years.

"The parties at Astana peace talks have been fighting each other for six years, a solution should not be expected in one or two days" he said, noting that Turkey is hopeful that the two sides will reach a common ground.

Fourteen representatives of armed opposition groups gathered at the Rixos Hotel for indirect negotiations with delegates representing the Syrian government.

The discussions, which focus on extending the cease-fire that came into effect on Dec. 30, have been brokered by Turkey, which backs the opposition, and Russia and Iran, who support Bashar Assad's regime.

"We hope that Turkey, Russia, Iran and the United States, as important countries of the international community, will have positive impacts on this process," Kurtulmuş said to local press after a Cabinet meeting in Ankara.

He added that Turkey hopes for the support of the United Nations' special envoy and his delegation in Astana and a constructive role in establishing a permanent solution.

The sides are expecting to discuss violations of the cease-fire as well as improving security within Syria in a bid to pave the way for a political solution to the six-year conflict.

The U.N. special envoy to Syria, Staffan de Mistura, attended the talks that began at around 1 p.m. local time (07:00GMT).

According to diplomatic sources, the Turkish delegation highlighted the importance of the Astana talks and participation of the opposition groups during the meetings, and added that with the cease-fire, a process for ensuring the delivery of humanitarian aid is also of high importance. The Turkish delegation also underlined the need for an inclusive political transition, sources said.

The meeting is due to last until Tuesday evening, the Kazakh foreign ministry said. Groups such as Daesh and Jabhat Fateh al-Sham, formerly known as the Nusra Front, have been excluded from the cease-fire and the talks.

Mohamed Alloush, who heads the Syrian opposition delegation, said the cease-fire needs to be strengthened before a political solution could be reached in Syria.

Speaking to reporters after the first session of talks, Alloush said, "We will not move on to the second step unless a cease-fire is ensured."

Alloush called for an improvement of the humanitarian situation in besieged areas. He also insisted that Assad must leave Syria.

"A real political solution will actualize when Assad and his supporters leave the country," he added.

An estimated 400,000 people have been killed and 11 million displaced since the start of the Syrian civil war in March 2011, according to the U.N.