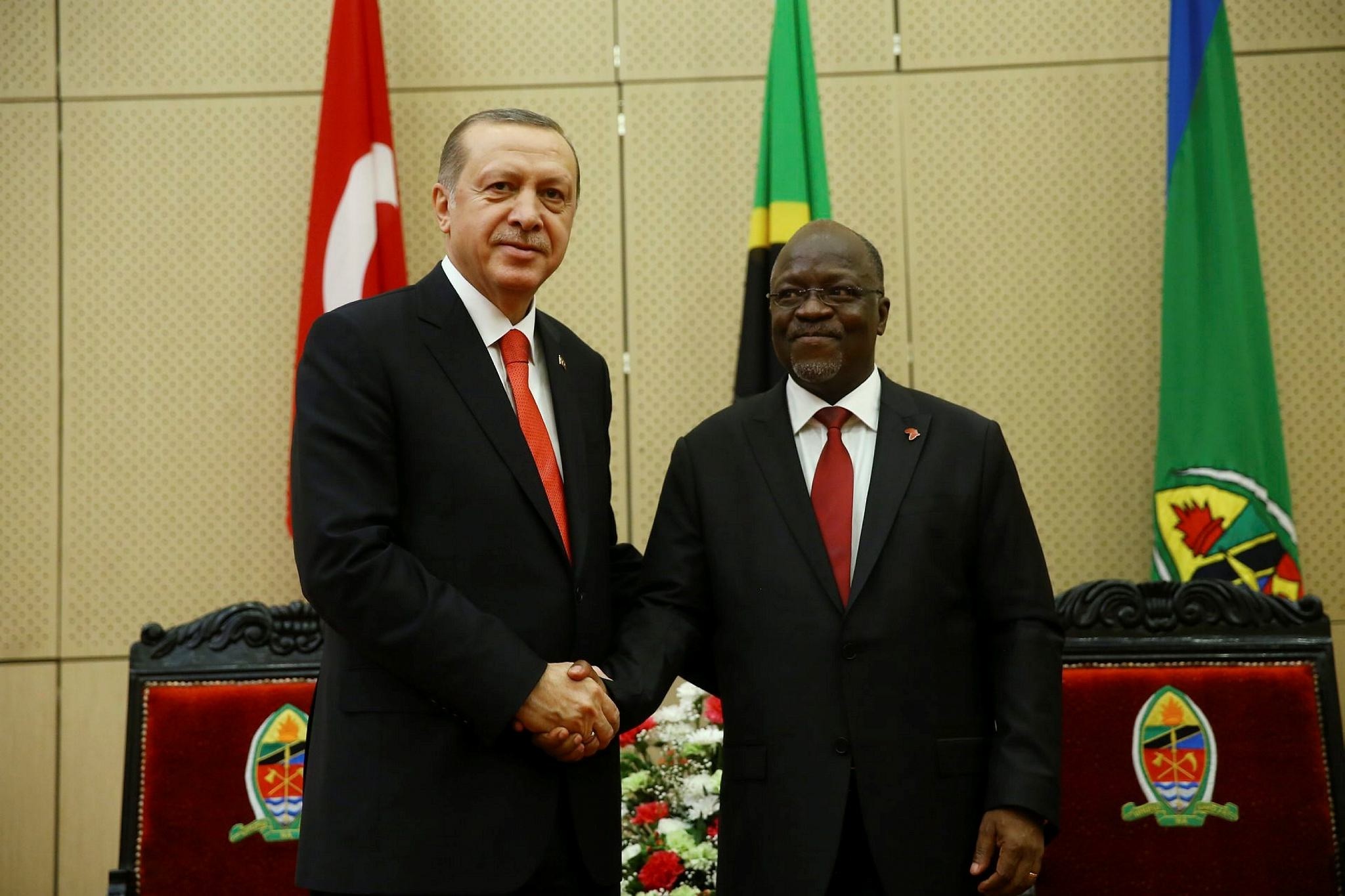 Turkey's determination to expand its collaboration with African countries has been strengthened even more by President Erdoğan's four-day trip to eastern African countries. As Turkey's previous experience shows, this visit proves that strengthened economic and political ties will yield significant benefits for both parties

President Recep Tayyip Erdoğan, who during his tenure both as prime minister and president broadened Turkey's foreign policy vision to encompass the whole of Africa and greatly increased Turkey's diplomatic footprint across the continent, is currently touring the Southeast African nations of Tanzania, Mozambique and Madagascar together with more than 100 businessmen to expand commercial and political ties. Erdoğan, who expressed Turkey's objective in Africa as "building bridges on the basis of mutual respect and appreciation," wants economically rising Africa and Turkey to engage in deeper economic and foreign policy cooperation on the global stage. Businessmen accompanying the president, industrialists, exporters and investors, are aiming to further diversify their markets and tap into Africa's enormous potential.

Since the Justice and Development Party (AK Party) came to power in Turkey in 2002, relations between Turkey and several African countries have strengthened through increasing humanitarian aid, cooperation in several areas and trade. The number of Turkish embassies on the continent increased to 43 as of 2015, up from 12 in 2003. The number of African countries' embassies also increased in the same period to 53, up from 10 in 2008.

Turkish Airlines (THY) has also started flying to more destinations in Africa.

In 2002, THY only flew to 10 destinations in Africa, but now it flies to 47. As such, the number of passengers has also increased. While it was less than 150,000 in 2002, it is now more than 2 million per year. The abolishment of visas with eight African countries and the opportunity to receive visas upon arrival in six countries has also played a big role in the increase in passenger numbers.

Speaking to Daily Sabah, Ömer Cihad Vardan, chairman of the Foreign Economic Relations Board (DEİK), said they aim to establish business councils in each and every African country that has a Turkish embassy. As the organizer of the business delegation that accompanies President Erdoğan during his visits, DEİK has a business council in 127 countries aiming to match businesspeople with their future partners. "We are not concerned about the current level of trade with African countries, as low as it is, it holds the potential to increase," Vardan said, explaining their strategy. "It is important for us that the president himself goes and opens the door for us," he said. According to Vardan, Mozambique stands out with its energy sources, waiting to be commercialized, while the mining sector, renewable energy and tourism would be opportunities in Madagascar.

Since 2005, opportunities for creating equal level cooperation between Turkey and African countries have been enabled. The first aim in this direction was to increase the number of Turkish diplomatic missions in Africa. The Republic of Turkey, with the Turkey-Africa Cooperation Summits, the first of which was in August 2008 and the second in November 2014, manifested its desire to increase the level of cooperation with all African countries. In 2010 Ankara accepted its Africa Strategic Document. With this document Ankara put forward its approach of "solidarity for a common future." It explained what should be done in the near future and read: "The steps that have been taken by Turkey as a state strategy have to expand into the civil level of cooperation for them to become more established and to be carried into the future. In fact, it is more important to prioritize civil cooperation for the future of Turkish-African relations."

Between January and November last year, Turkish exports to the African continent amounted to some $10.4 billion, while total foreign trade volume was recorded at some $15.2 billion. In that regard, the continent is among one of the most important markets for Turkish contractors as well as for commodity trading.

Regarding the foreign trade in terms of sectors, the iron and steel sector leads the way in exports to African countries with sales of over $12.4 between 2011 and 2015. During the same period, the largest group of imported products belonged to the energy sector, amounting to some $8.3 billion.

Turkish Special Economic Zone in Djibouti, which holds an important place in Turkey's plans for expansion in Africa, is planned to become a strategic base. The area has the potential of becoming a gateway for the Common Market for Eastern and Southern Africa (COMESA) Free Trade Zone, which boasts a population of 410 million and an economic size of about $1 trillion, in an area of roughly 12.8 million square meters. The said zone, in which Turkish companies plan to start their operations this year, is in close proximity to the safe land and rail links that provide access to the Ethiopian market with a population of 100 million and to the inner parts of East Africa. It is also located next to new General Cargo Port of Djibouti.
Last Update: Jan 24, 2017 10:31 am