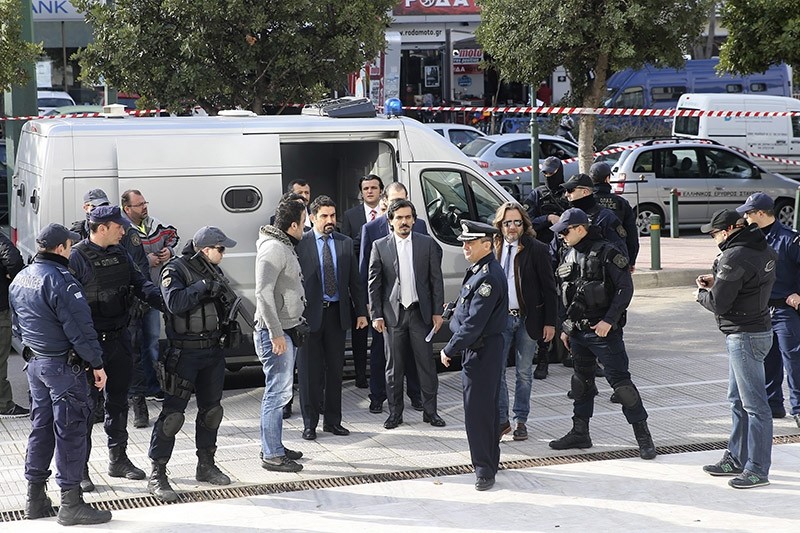 A Greek court has turned down on Wednesday the release request for eight fugitive, coup-related Turkish soldiers, and ruled to continue their detention, after rejecting Turkey's request for their extradition.

The detainees, who are linked to the coup attempt organized by the Gülenist terror group (FETÖ), filed an appeal against the Greek police's decision to extend their detention of 90 days. The court on Wednesday upheld police decision that they should be detained for three months pending examination of their asylum bids, due to national security concerns.

After the July 15, 2016, FETÖ-orchastrated coup attempt that took place in Turkey, the eight soldiers in question, including two commanders, four captains and two sergeants, escaped to Greece on a Sikorsky helicopter and landed in Alexandroupolis.

Following their landing, the eight suspected FETÖ members asked for asylum from Greek authorities. Before their asylum request was taken to the court, a Greek court sentenced the eight men to a suspended two-month jail sentence for illegal entry into Greece.

Last week, Greece rejected Turkey's extradition request for the eight suspects, in a move which rose the tensions between the two nations which had been enjoying warm relations for several years.

At least 248 people were killed during the July 15 putsch attempt that saw an unprecedented public resistance against coup plotters. By the morning of July 16, the coup was quelled after police, military staff opposing the coup and unarmed civilians had put up a strong fight to stop the troops loyal to FETÖ.