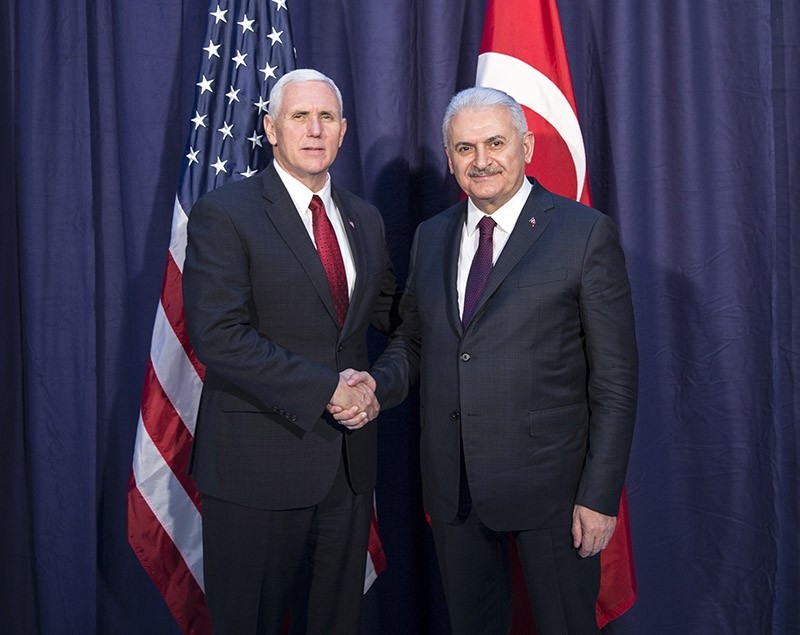 The meeting at the Commerz Bank building, which was conducted behind closed doors, started at 16.30 GTM after Prime Minister Yıldırım and Vice President Pence posed for the waiting press.

According to a statement released by the Prime Ministry's press office, the meeting focused on bilateral relations, military and security cooperation between the two NATO members as well as the importance of consensus and joint action in the fight against terrorism.

Yıldırım underlined that Turkey was ready for any cooperation in the fight against the Gülenist Terror Group (FETÖ) and its leader Fetullah Gülen's extradition, adding that relations between the two states would enter a new stage if the U.S. met Turkey's expectations on this issue.

Both Yıldırım and Pence expressed their content for the increased bilateral contact and agreed on the importance of the relations between Turkey and the U.S. as two allies, stressing their determination to further strengthen these relations.

Pence also stated that the new U.S. government wished for a fresh start in its relationship with Turkey, underlining that the U.S. was ready to further improve intense dialogue in every area including fight against terrorism and regional issues.

Prime Minister Yıldırım also met German Chancellor Merkel during breakfast at the Bayerischer Hof hotel on Saturday morning before addressing a crowd of 10,000 Turks in Germany's Oberhausen to campaign for the upcoming referendum on the constitutional reform.