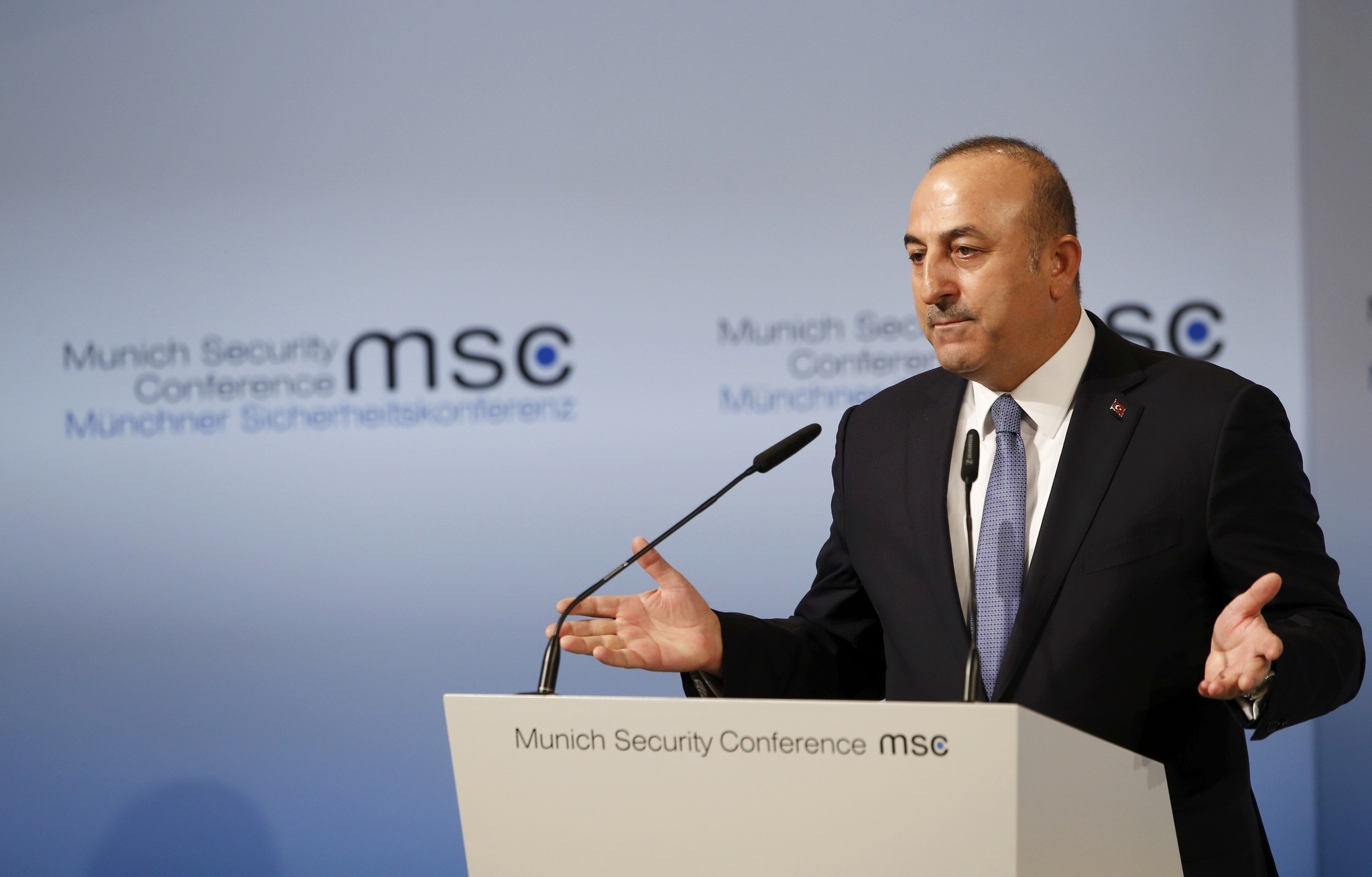 Foreign Minister Mevlüt Çavuşoğlu said on Sunday that Geneva was the only viable place to hold U.N.-led peace talks on Syria in order to negotiate a political solution and transition plan.

"Astana has never been an alternative to Geneva," Çavuşoğlu told delegates at a security conference in Munich, referring to talks held between Turkey, Russia, Iran as well as opposition and regime representatives in the Kazakh capital.

"It's a good confidence building measure and helpful to maintain a ceasefire. It's a good step forward."

"But now we need to resume Geneva talks, which is the main basis for the political solution and transition," he said.

The first meeting in Astana in January resulted in an agreement between three countries, Turkey, Russia and Iran, regarding a trilateral mechanism for observing and ensuring compliance with the cease-fire, which came into effect on Dec. 30.

Turkey, Russia and Iran issued a closing statement in mutual agreement indicating that all sides have agreed "there is no military solution to the Syrian conflict and it can only be solved through the diplomatic implementation of U.N. Security Council Resolution Number 2254 in its entirety."

Talks in Geneva are set to resume on Feb. 23. The negotiations will be the first time that Assad regime and opposition delegations have returned to Geneva since talks were suspended in April 2016.

Syrian opposition leaders left the Geneva talks in April 2016 after airstrikes on civilians were carried out by Russia and the Assad regime.

The troubled talks failed to get off the ground despite high hopes generated by the previous cease-fire.