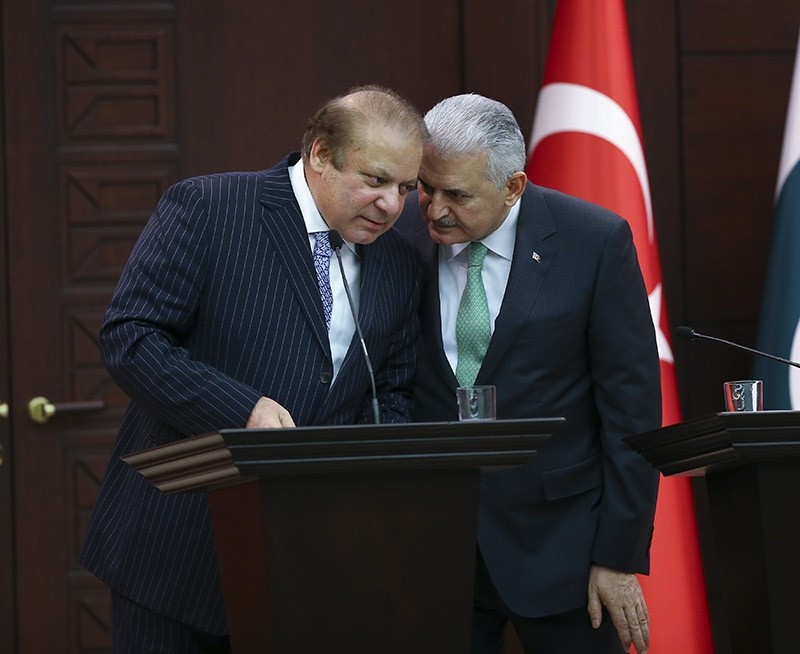 Pakistani Prime Minister Nawaz Sharif on Thursday visited the Turkish parliament, which was bombarded during the Gülenist Terror Group (FETÖ)-led coup attempt on July 15, 2016, as part of his trip to Turkey.

Sharif arrived in Turkey on Wednesday for a three-day visit, and was hosted by President Recep Tayyip Erdoğan on Wednesday evening for dinner.

Earlier on Wednesday, Sharif was received by Prime Minister Binali Yıldırım at the Prime Ministry Office in Çankaya, with an official ceremony, as part of the fifth session of Turkey-Pakistan High Level Strategic Cooperation Council.

During the press conference which took place after their meeting, the Pakistani Prime Minister said that his country sided with Turkey during the coup process, and praised the Turkish nation for standing bravely against the coup.

Referring to Turkey as his second home, Sharif added that the enemies of Turkey are also the enemies Pakistan, while also noting that Pakistan will not allow FETÖ activities in its territories.