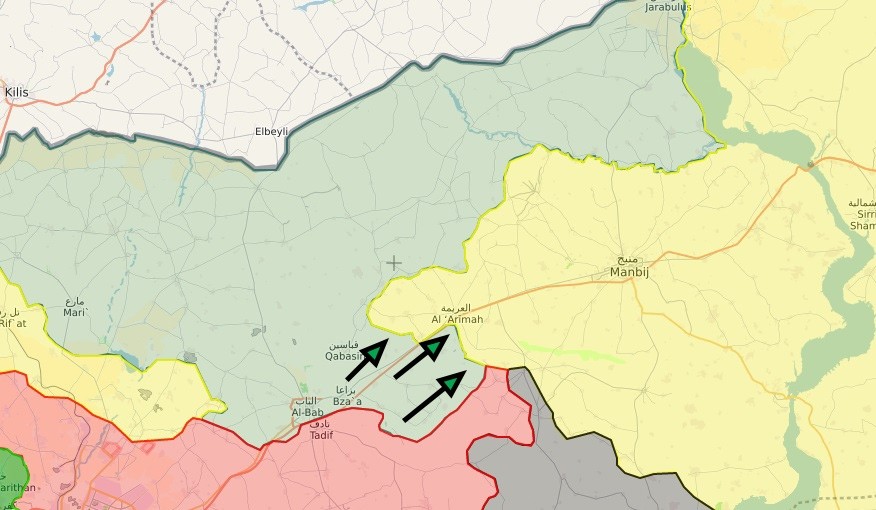 The Turkish army and allied Free Syrian Army on Wednesday advanced against YPG elements near the city of Manbij in northern Syria and reportedly captured several villages.

FSA forces "captured the villages of Tal Turin and Qara east of Al-Bab after violent clashes with the separatist YPG militia", according to a statement issued by Hiwar Kallis, an opposition faction and a member of the Euphrates Shield campaign,

A top US general, meanwhile, said Russian warplanes on Tuesday bombed American-backed fighters in several small villages near Al-Bab after they mistakenly thought Daesh forces were in the area.

"We had some Russian aircraft and regime aircraft bomb some villages that I believe they thought were held by ISIS (Daesh), yet... actually on the ground were some of our Syrian Arab Coalition forces," Lieutenant General Stephen Townsend told reporters in a video call from Baghdad.

YPG, which is the dominant force in SDF, is the armed wing of PKK terrorist group's Syrian wing PYD. PKK has waged a three-decade insurgency in Turkey.

President Recep Tayyip Erdoğan said this week Manbij was the next target of the Turkish campaign in northern Syria.

There was no immediate comment from Turkey, which is waging a campaign with allied opposition groups to carve out a buffer zone in northern Syria against Daesh and YPG terrorists.