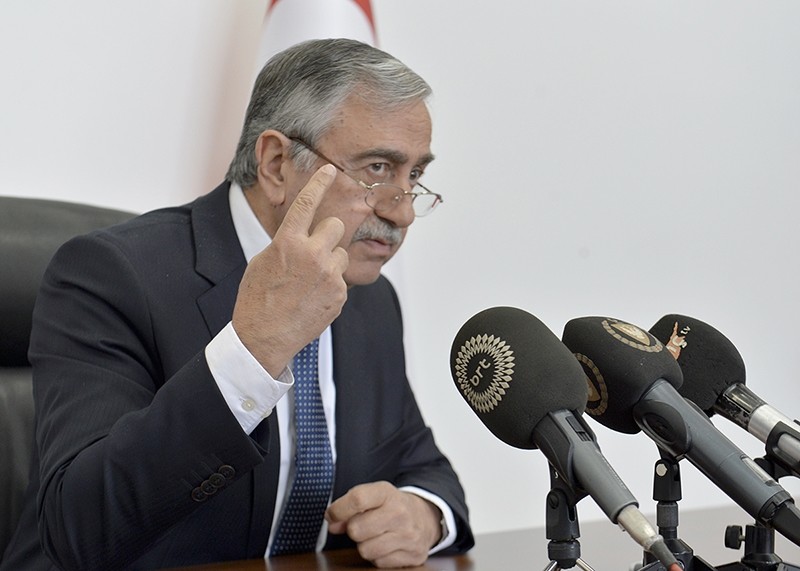 Turkish Cypriot President Mustafa Akıncı said that if the negotiations for a resolution on the island end in success, Mediterranean gas reserves will help bring lasting peace to the island.

"If there is no solution and compromise on the island, the natural gas deposits will be an element of tension," Akıncı said, after attending the 13th Economic Cooperation Organization (ECO) Summit in the Pakistani capital Islamabad on Friday.

Stating that an energy corridor from southern Cyprus into Northern Cyprus would serve peace, he added, "Cyprus' natural gas deposits are ours, too".

On plans by Israel, Greece, and the Greek Cypriot administration to build underwater electricity networks, Akıncı said, "Instead, an Israel-Cyprus-Turkey route could be less expensive and easier," he said.

He also stated that if a settlement is reached, water coming from Turkey to the island's north would be shared with the south.

"Cooperation in the field of energy benefits everyone in the region. That's the smart way. For this, a resolution on Cyprus is necessary," Akıncı said.

Akıncı said that his country has applied for full membership in the ECO, the 10-nation Eurasian political and economic intergovernmental organization which includes Turkey, Pakistan, and Iran.

Akıncı said the Turkish Republic of Northern Cyprus currently has observer status in the organization, adding, "There is no need to wait for the resolution process to cooperate" with countries in the region.

He also stated that his country is providing good tourism and education services.

After a military coup in the eastern Mediterranean island in 1974 which aimed to unite it with Greece, Turkey intervened as a guarantor power.

This led to the emergence of an independent Turkish Cypriot state in the north and a Greek Cypriot administration in the south.

Cypriot issues remain unresolved despite a series of discussions which resumed in May 2015.

Cyprus' three guarantors -- Turkey, Greece, and the United Kingdom -- were assigned when it gained independence from Britain in 1960.