US support to PYD must end, think tank with ties to Trump says in report 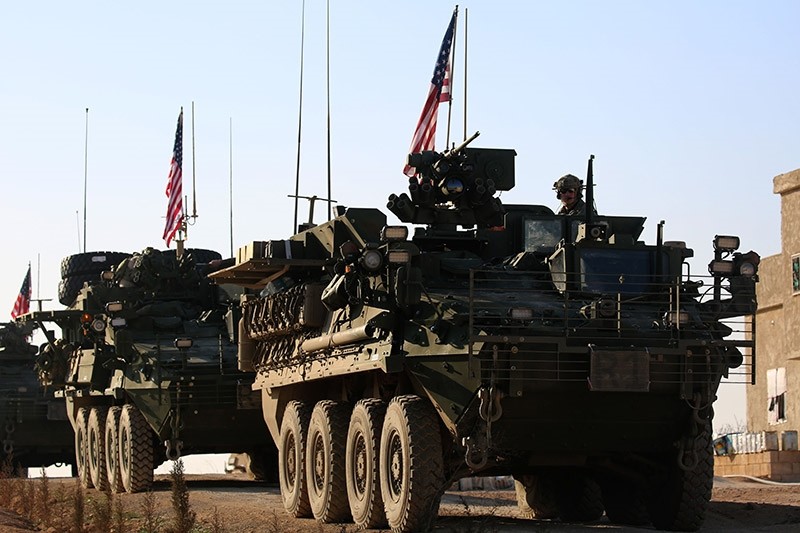 "Washington has few reliable allies inside Syria. Syrian Kurdish militias tied to the PKK are an effective military force, but close cooperation with them complicates relations with Turkey," the report released last Friday said.

According to the plans leaked to the U.S. media, the Pentagon intends to continue working with the PYD and its Arab allies, the Syrian Democratic Forces (SDF), in the upcoming Raqqa operation in Syria. Such a move requires the distribution of heavy weapons to the PYD and its allies, such as anti-tank weapons, mortars, armored vehicles and automatic weapons.

Ankara has been outspoken against the U.S.'s cooperation with the PYD for the last three years and offered an alternative plan to retake Raqqa from the Daesh terrorist group.

I hope someone is thinking about what the hell we do with Raqqa after 'seizing' it. https://t.co/tFGeDvHgCP


James Philips, a senior of the Middle East Research Fellow, said in the report that the Trump administration must work with allies to defeat Daesh, such as Turkey, Saudi Arabia and Jordan.

"The Trump Administration should end U.S. support for Syrian Kurdish militias linked to the PKK. To stabilize Syria in the long run, Washington and Ankara must agree on which groups to support and cooperate closely in providing that support," he said.

The report says Washington should press NATO allies and Gulf allies to contribute significantly to ground troops and special operations forces to defeat Daesh in Syria.

Several news reports considered The Heritage Foundation as closely tied to the Trump administration due to its role in the transition period, and also many members of the foundation ended up as officials in the administration.

The foundation also has its disagreements with the administration over Russia's role in Syria. It severely opposes any American-Russian joint military operations in the region, and also considers safe zones as a risky initiative due to the fluid nature of the Syrian civil war. Instead, it offers to increase aid to regional countries that are hosting millions of Syrian refugees.
Last Update: Mar 08, 2017 12:30 pm
RELATED TOPICS