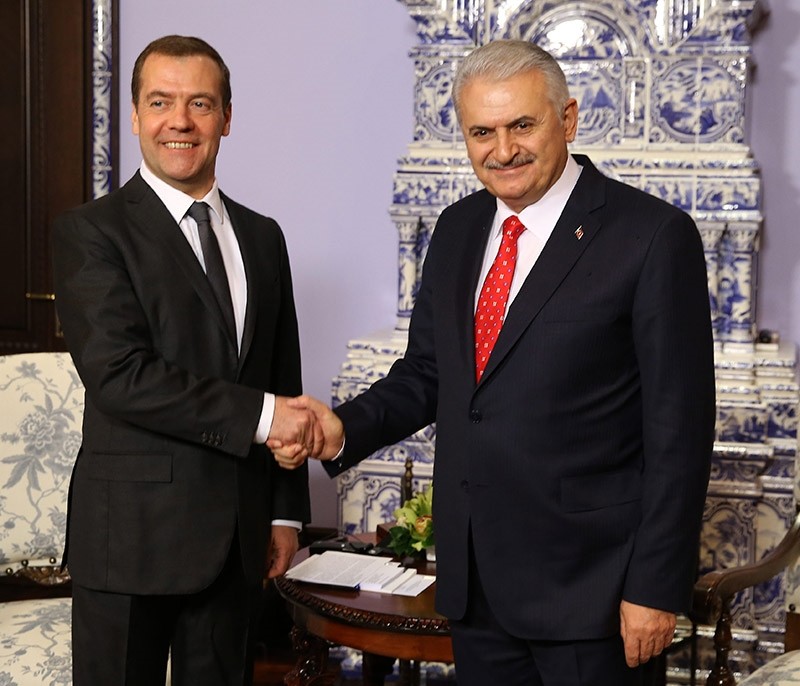 Sources indicated that both leaders discussed Erdoğan's Russia trip during their conversation.

During the call, Medvedev informed Yıldırım that he had signed a decree lifting the import ban imposed by Russia on some Turkish agricultural products.

Presidents Erdoğan and Putin are slated to discuss the bilateral ties between Turkey and Russia, energy deals, the situation in Syria and Iraq, as well as cooperation against terrorism.

Centuries-long Turkish-Russian relations entered a strained period when a Russian warplane operating in Syria was downed by Turkish jets for violation of Turkish airspace in November 2015.

In the aftermath, both countries took necessary steps to improve bilateral relations, especially after Russia supported Turkey and its democratically elected government during the July 15 failed coup attempt.

Turkey and Russia brokered a nationwide ceasefire in Syria, which came into force last December.