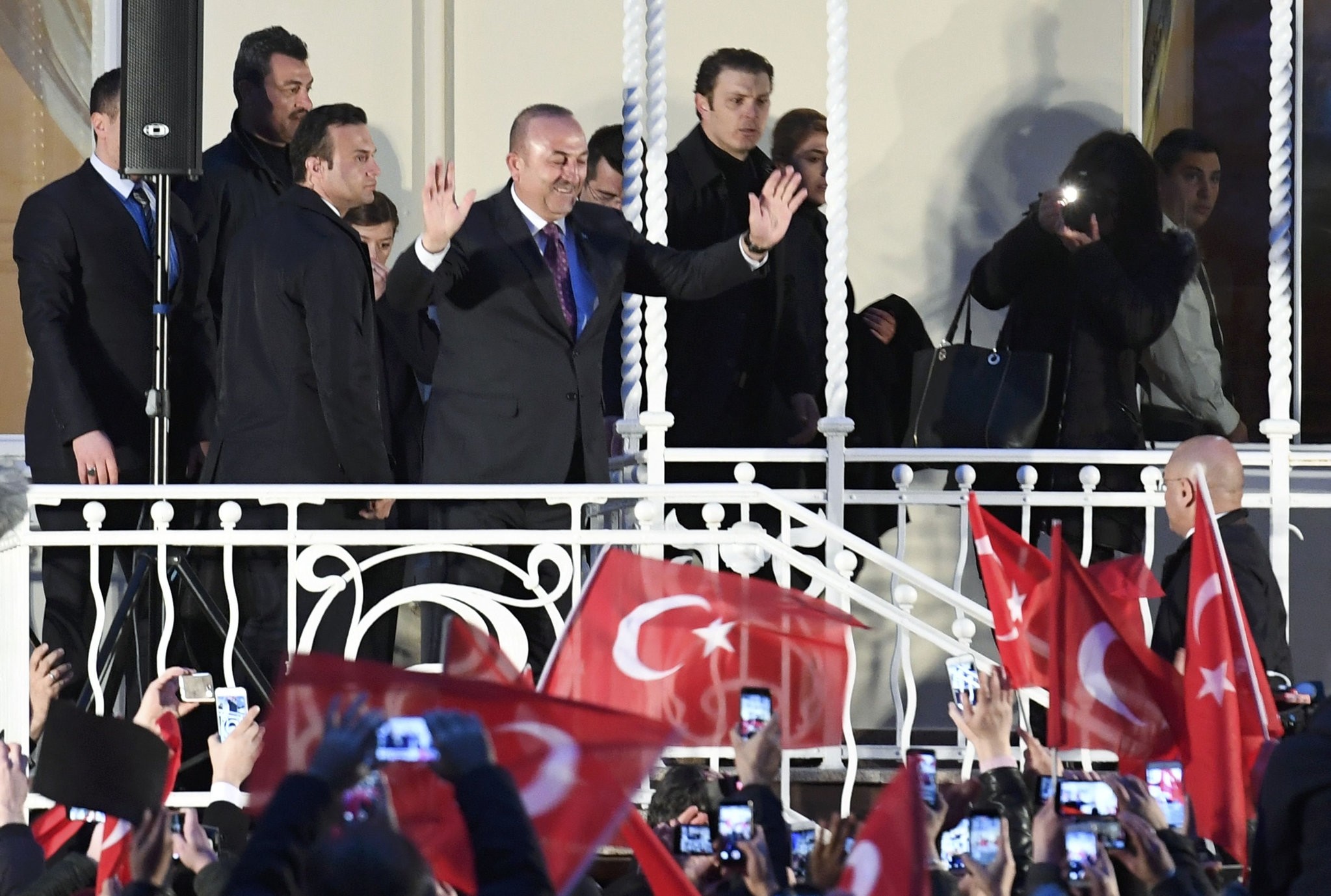 FM u00c7avuu015fou011flu waves to supporters from a balcony before delivering a speech at an election campaign rally for the upcoming Turkish referendum in Hamburg, Germany March 7, 2017. (Reuters Photo)
by Daily Sabah Mar 09, 2017 12:00 am

The Switzerland federal government said on Thursday there was no reason to forbid Foreign Minister Mevlüt Çavuşoğlu's visit to Zurich, saying it is responsible of security matters during the minister's meeting with Turkish community.

The Swiss foreign ministry said there was no extraordinary threat level that would justify curbs on freedom of speech and declined Zurich authorities demand to cancel the rally to campaign for the upcoming referendum in Turkey.

Turkish Foreign Minister Mevlut Cavusoglu is due to speak on Sunday, although the Zurich-area hotel where he had planned to appear canceled the event at its facility.

"The Swiss federal government authorities responsible for security matters are of the opinion that Sunday's planned visit of the Turkish foreign minister in Zurich does not at the moment pose an elevated threat to internal security," the EDA said. "Consequently, there are no reasons to forbid the visit."

The move followed a row between Ankara and Berlin after German local authorities canceled several meetings that aimed to bring Turkish government officials together with Turkish citizens in Germany as part of the upcoming April 16 constitutional referendum in Turkey, scheduled in various parts of Germany, by citing poor excuses, such as the inadequacy of parking lots or security concerns. Turkish officials slammed Germany's hostile stance, saying that they were reminiscent of the fascistic practices of the 1930s.