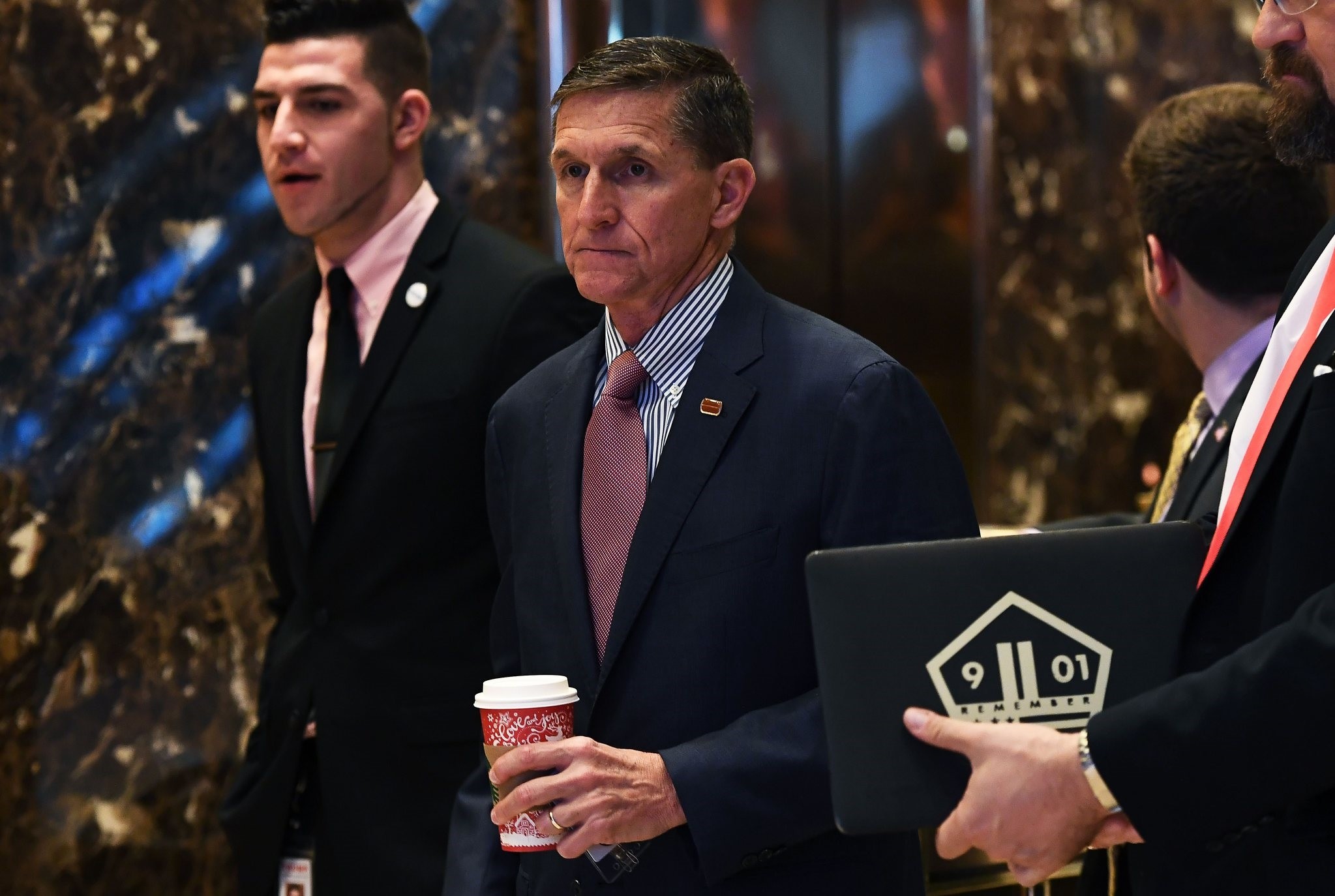 Ekim Alptekin, chairman of the Turkish-American Business Council (TAIK) and owner of the Turkey-based EA Group, said he hired the FIG through his Dutch company, Inovo BV, last September in order to promote theTurkish business environment in the U.S. and receive geopolitical reporting services in the U.S about Turkey. "I've never lobbied or contracted lobbyists on behalf of the Turkish government," Alptekin told Daily Sabah.

A senior Turkish official, speaking on the condition of anonymity, said the government of Turkey, as a matter of longstanding state policy, has been using legal and transparent ways to retain lobbying firms in Washington, and has nothing to do with the FIG. Another Turkish official went even further and said, no one really knewabout Mike Flynn within the Turkish government until U.S. President Donald Trump's victory in November.

Daily Sabah's previous conversations with Turkish officials in the fall of 2016 confirm that Ankara was not really interested in the Trump campaign until late October, when polls showed that he was a serious contender.

The FIG last September filed a registration form for Inovo BV in accordance with the federal Lobbying Disclosure Act, but with this week's filings under the Foreign Agents Registration Act (FARA), Gen. Flynn himself became a registered foreign agent due to his company's $535,000-contract with Alptekin.

The FIG told the American media that they acted with an abundance of caution, even though Inovo was not a Turkish government entity and Alptekin was not a government official. The FIG and Flynn believe their activities on behalf of the Dutch company could be construed to have principally benefited the Republic of Turkey. "To eliminate any potential doubt, the Flynn Intel Group therefore is electing to file a registration under FARA, in lieu of its prior LDA registration… because of the subject matter of Flynn Intel Group's work for Inovo BV, which focused on Mr. Fethullah Gulen, whose extradition is sought by the Government of Turkey," the form filed by the FIG said.

The documents submitted by the FIG said, in early September, Alptekin invited the FIG to meet with Turkish Foreign Minister Mevlüt Çavuşoğlu and Energy Minister Berat Albayrak for the purpose of better understanding the political climate in Turkey.

Alptekin, however, told Daily Sabah that he had only invited Gen. Flynn as a friend and had to convince Turkish officials that they had needed to meet Flynn. Because, Turkish officials believed Democratic Party nominee Hillary Clinton would win the elections. "When I engaged FlG. U.S. presidential polls showed that an85 percent likelihood of Hillary Clinton winning. If the intention was to lobby the U.S. government, I would have hired Podesta Group like Fethullah Gulen," he said.

Another matter being discussed in the filings is Gen. Flynn's op-ed in which he asked the Turkish government's arch enemy Gülen to be extradited to Turkey, the article appeared in The Hill on election day, in the afternoon.

"The op-ed was not written or published at the request of, or under the direction or control of, Inovo, the Republic of Turkey, or any other party. No compensation was received for the publication of the op-ed. Inovo, Mr. Alptekin, and the Republic of Turkey did not participate in the drafting," the FIG said in its filing.

The Turkish businessman and the FIG ended their engagement in mid-November.

Alptekin says nobody remotely linked to the government of Turkey knew about Gen. Flynn's article in advance and he was not consulted about it either. "Could somebody who understands Turkish foreign policy explain how an article that equates the Muslim Brotherhood with the Gulenists benefits Turkey? When an American businessman hires a consultant or lobbyist, nobody assumes he is working for the U.S. government, why is it different in my case?" he said in an interview with Daily Sabah on Thursday.

Ankara was previously disturbed by Trump's comments on Islam and Muslims, triggering a call by President Recep Tayyip Erdoğan last June to immediately remove Trump's name from a major shopping mall in Istanbul.