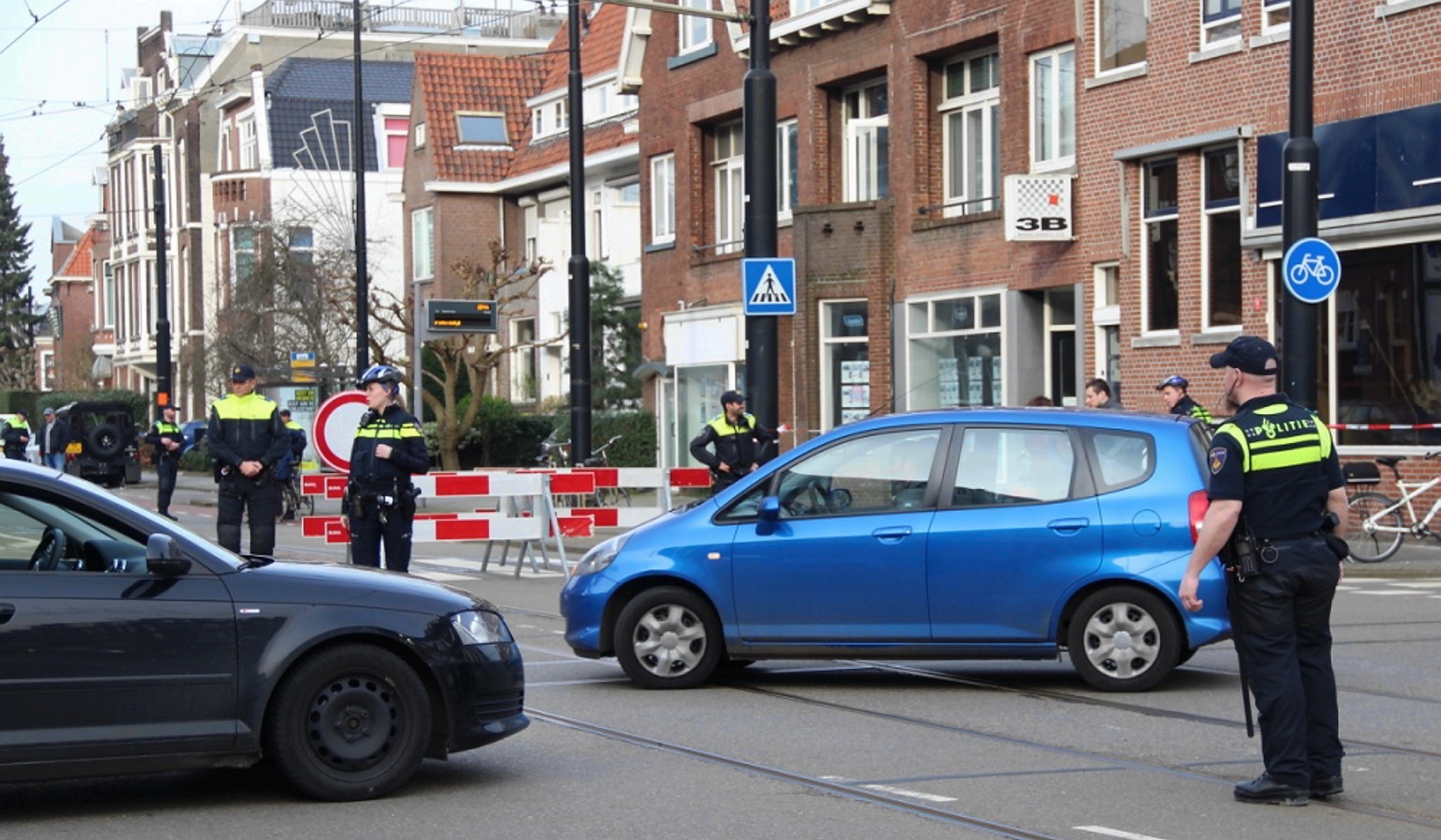 | AA Photo
by daily sabah Mar 11, 2017 12:00 am
Dutch authorities on Saturday blocked the street where the Turkey's Consul General's residence in Rotterdam is located, right after the Minister of Family and Social Policies Betül Sayan Kaya announced that she will travel to Rotterdam by land.

At the moment, Dutch police are not allowing any civilians to pass the street and have closed it to traffic.

The report says that Kaya is currently in Germany and will travel to Rotterdam in response to the Dutch authorities' decision to deny landing rights to Foreign Minister Mevlüt Çavuşoğlu.

Foreign Minister Mevlüt Çavuşoğlu was scheduled to meet with the Turkish community at the residence, however, after the Netherlands denied landing permission to the top diplomat, Kaya said she will meet with Turkish citizens there instead.

The move was widely regarded as an attempt to prevent the Turkish minister from reaching the residence. Kaya's office said the meeting will take place as planned.

Meanwhile, Turkish citizens in Rotterdam decided to protest the government's decision to cancel rallies and block Turkish ministers' visit, saying that such attempts are "undemocratic."

Earlier on Saturday, Çavusoğlu accused the Dutch of trying to prevent Turkish officials from meeting voters in Europe to gain votes from far-right voters.

He said: "So they cancelled it due to security concerns, what, so is the minister a terrorist?"

The minister added: "We will give them the response they deserve."

He also said that "we have received many supportive messages from the Netherlands, saying they don't agree with their government's racist, fascist policies."

Turkish campaign visits have become the focus of intense debate in the Netherlands before the much-awaited parliamentary elections.

Wilders, whose far-right party has been losing ground to centrist parties, has sought to capitalize on the row to recover his poll lead at the end of a campaign that has been dominated by debates about Islam, immigration and their impact on Dutch identity.
Last Update: Mar 12, 2017 12:57 pm
RELATED TOPICS