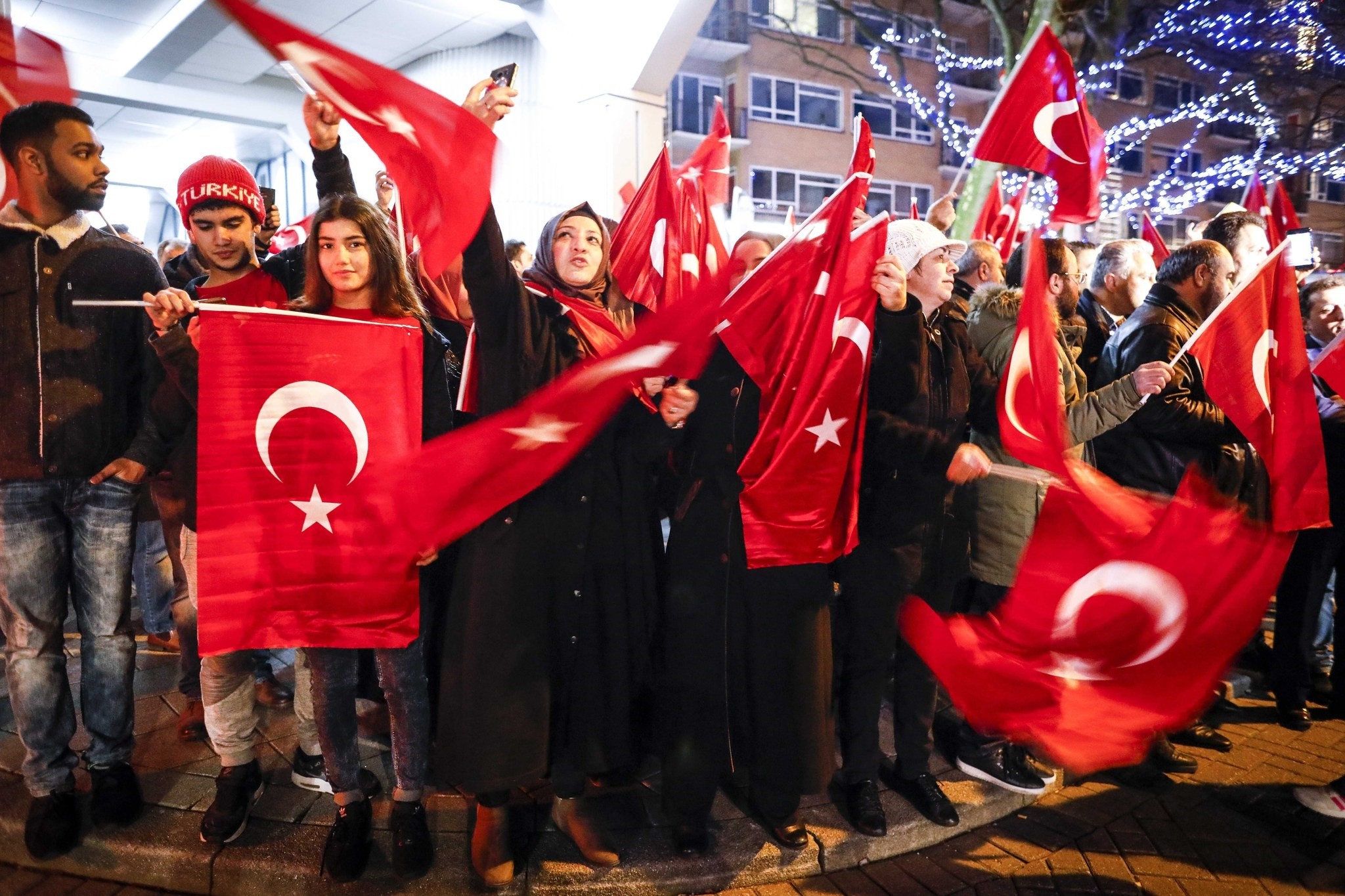 Thousands of demonstrators waving Turkish flags gathered outside the Turkish consulate in the Dutch city of Rotterdam on Saturday, demanding to see the Turkish minister for family affairs as Rotterdam police used force to disperse the crowd.

Police erected metal barriers and patrolled on horseback to keep the demonstrators away from the consulate as the crowd grew with more Turkish protesters from Germany.

The footage from the scene showed police forces using force against those protesting the ban peacefully. The guard dogs have also been used to disperse the crowd.

Minister of Family and Social Affairs, Fatma Betül Sayan Kaya has been blocked from entering the Turkish consulate in Rotterdam on Saturday, a move that sent the relationship between Turkey and Netherlands to its lowest point.

Kaya said the Dutch police told her that as a Turkish minister, she was forbidden from entering the consulate building and they were allowed only 30 meters away from the building.

The street where the consulate building is located has been closed right after Kaya announced she was going to hold a meeting to address Turkish citizens for the upcoming referendum.

The family minister's vehicle was intercepted by Dutch police while entering the country.

The foreign minister was scheduled to address the Turkish community in the Dutch city of Rotterdam later Saturday.