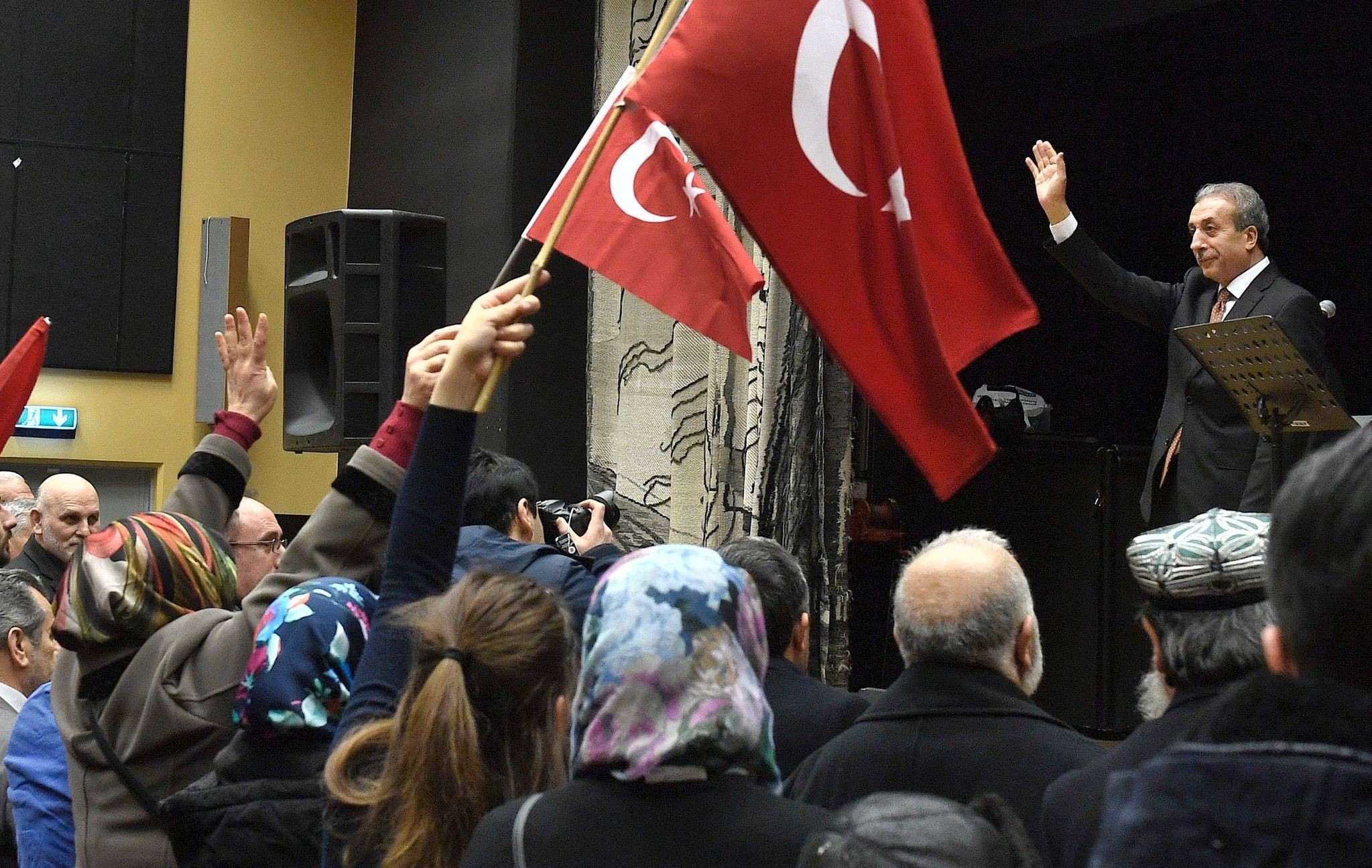 Deputy chairman of Turkey's ruling Justice and Development Party (AK Party), Mehdi Eker, said Sunday the location of his planned meeting in Stockholm had to be changed due to threats by supporters of the PKK terror group.

Eker, who is also a lawmaker, accused the PKK supporters of threatening the landowner of the venue where his meeting was supposed to take place.

The senior AK Party official planned to speak on Turkey's upcoming referendum on constitutional reforms at the meeting.

He said rally bans in other parts of Europe were the work of politicians "who can see no further than the end of their noses." "We know that 500 million people in Europe are not of this opinion. But some narrow and vicious politicians and administrators are acting this way," he said.

He called out Germany and Holland for backing the "no" vote in the referendum. ''We have approximately 3 million voters abroad. The majority of these are in Europe and half are in Germany.

"The Netherlands and Germany have clearly declared that they are on the "no" side in this referendum. Why did you choose "no" for a referendum being held in Turkey? What interests you? This is an issue for Turkey's own citizens," he said.

About the PKK and the Gülenist Terror Group (FETÖ) terror groups, he said: "We have always said that the FETÖ and PKK terrorist organizations have never been in favor of democracy and that they have always been against the freedom of rights and opinion, and are against anyone who does not think like them.

Last week, Turkish ministers were barred from holding public rallies in two German cities ahead of the April 16 referendum in Turkey.

On Saturday, the Dutch government first canceled the Turkish foreign minister's flight permit to the Netherlands and then blocked a convoy carrying Turkey's family minister from entering the Turkish consulate in Rotterdam.

The ministers were also due to meet Turkish residents ahead of the April 16 referendum on constitutional reforms.