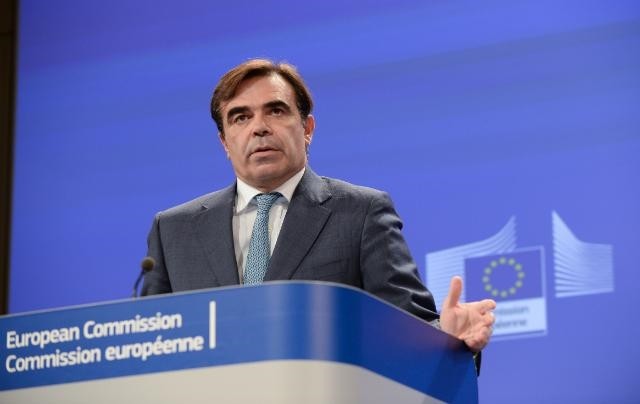 Following the brutal attacks on Dutch-Turks and journalists and the banning of a Turkish minister by the Netherlands, the European Union and NATO have refrained from criticizing their member state and called for dialogue to overcome the tension.

In a joint statement by EU foreign policy chief Federica Mogherini and EU Enlargement Commissioner Johannes Hahn, the EU said "it is essential to avoid further escalation and find ways to calm down the situation." NATO chief Jens Stoltenberg also urged Turkey and its NATO allies to "show mutual respect, to be calm and have a measured approach to contribute to de-escalate the tensions."

Following the EU's statement, Daily Sabah asked the European Commission (EC): "You have just mentioned that holding rallies are an issue for the member states themselves. If you look at the "no" camp for the Turkish referendum, they are freely holding campaigns in different European countries. Supporters of terrorist groups, such as the PKK, are also holding 'no' campaigns across Europe. There are even cases where Dutch politicians have also attended their meetings, but for the 'yes' camp we see the opposite in countries like Austria, Germany and the Netherlands. How would you evaluate this?" EC chief spokesperson Margaritis Schinas replied by saying that the bloc is calling on the two sides to engage in dialogue and that it is willing to extend help on this. Schinas did not comment on EU member states' perceived double standards.

"I was in Rotterdam the other day to cover the events. I myself, and some other Turkish journalists were physically attacked. A peaceful crowd was also attacked by Dutch police, who were using batons, dogs, water cannons and horse charges. Many were hospitalized and detained. My question is straight forward, do you approve of the Netherlands' aggression on Saturday night toward Dutch-Turks, Turkish diplomats and journalists, or do you condemn them?" Daily Sabah asked, but the EC opted to keep silent over attacks against members of the press and the Turkish-Dutch community.

Daily Sabah asked how the EU would react if it was the Turkish authorities who did what the Netherlands did on Saturday night: "Since we are talking about a minister being kept in a vehicle for about five hours and her passport being seized, with all the other diplomats briefly detained, is this something that the EU will not comment on? Are you alright about all this? Are you not going to condemn these?" The EC spokesperson claimed he did comment on the issue and repeated that direct communication is necessary to solve the issue.