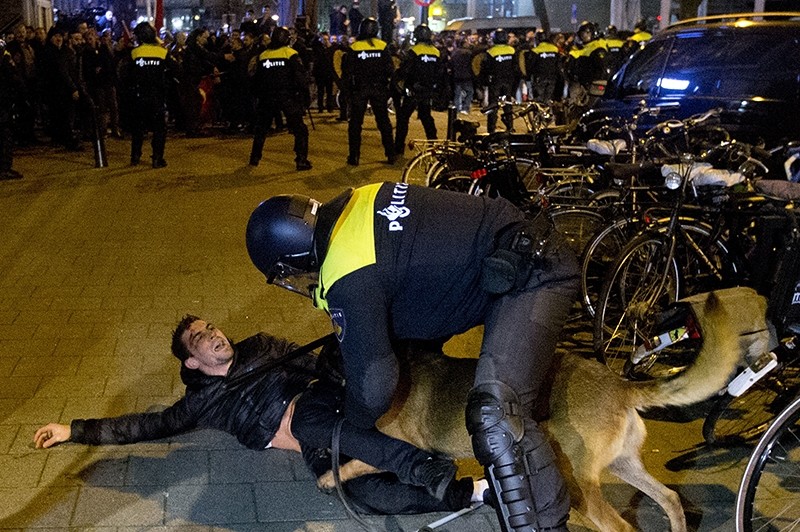 Turkey summoned the charge d'affaires of the Netherlands to the Ministry of Foreign Affairs for a third time, on Monday and handed two diplomatic notes over the banning of entry for Turkish ministers.

Both notes outlined that the treatment of Turkish missions in the Netherlands "openly violates" the Vienna Convention on Diplomatic Relations dated 1961 and 1963.

According to a written statement from the ministry, Turkey demanded that the Netherlands provide information about Turkish citizens who were wounded during protests in Rotterdam and called for legal action against use of disproportionate use of force to peaceful protesters by Dutch police.

Meanwhile, Turkish opposition MHP leader Devlet Bahçeli said they expect proper responses will be made to the "Dutch government's unlawful and unethical attitudes."

He added that defending Turkey's rights was a duty for all Turks. He said, "Turkey's government and the opposition are in solidarity against the mistreatment."

On Saturday, the Dutch government canceled the Turkish foreign minister's flight permit and blocked the family minister's convoy from entering the Turkish consulate in Rotterdam. The ministers were due to meet Turkish society ahead of the April 16 referendum concerning a constitutional amendment.