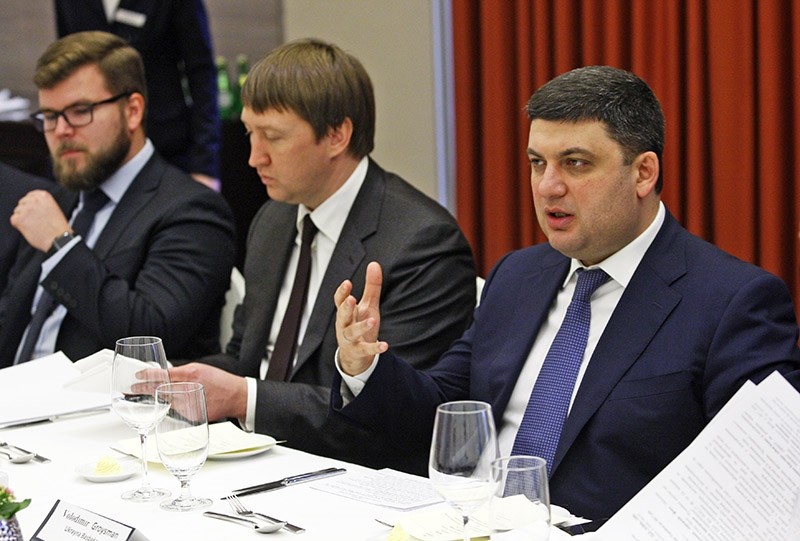 Turkey and Ukraine will sign an agreement allowing their citizens to travel to each other's countries without passports, Prime Minister Vladimir Groysman has said, just ahead of a two-day visit to Turkey starting Tuesday.

"An important step will be taken during my visit to Turkey," Groysman told Anadolu Agency on Friday. Groysman will pay a two-day visit to the capital Ankara on March 14-15.

Previously, Turkish Foreign Minister Mevlüt Çavuşoğlu said in Ukraine's capital Kiev that citizens would be able to just show their national identity to gain entry into Ukraine and vice versa.

Groysman said: "When we remove the obstacles, the tourist flow will increase." The premier added that over 1 million Ukrainian tourists visit Turkey every year.

Groysman said he values "strategic and friendly" relations with Turkey, adding that in 2016 the bilateral trade volume was about $3.5 billion.

Groysman said Kiev and Ankara are concentrated on creating a "free trade zone" between the two countries, adding: "This is very important for boosting the trade volume and mutual investments."

During his visit, the premier said he expects to discuss cooperation with Turkey in a number of areas, such as the machine industry, aviation, the defense industry, agriculture, and energy.

Groysman also thanked the Turkish people and President Recep Tayyip Erdoğan for supporting Ukraine's territorial integrity. "This is really important for us in those difficult times," he added.

"Ukraine and Ukrainians were harmed by the annexation of Crimea and military invasion in some parts of our independent state," the premier said.

Groysman said the return of Crimea was "vital" for Ukraine, adding: "But we know it needs time."

Ukraine has been wracked by conflict since March 2014 following Russia's annexation of Crimea after an illegal independence vote. This followed violent anti-government protests which led to the overthrow of then-President Victor Yanukovich.

The UN General Assembly voted to proclaim the Russian annexation illegal. Along with many UN countries, the U.S., the EU, and Turkey also do not recognize Crimea as Russian territory.