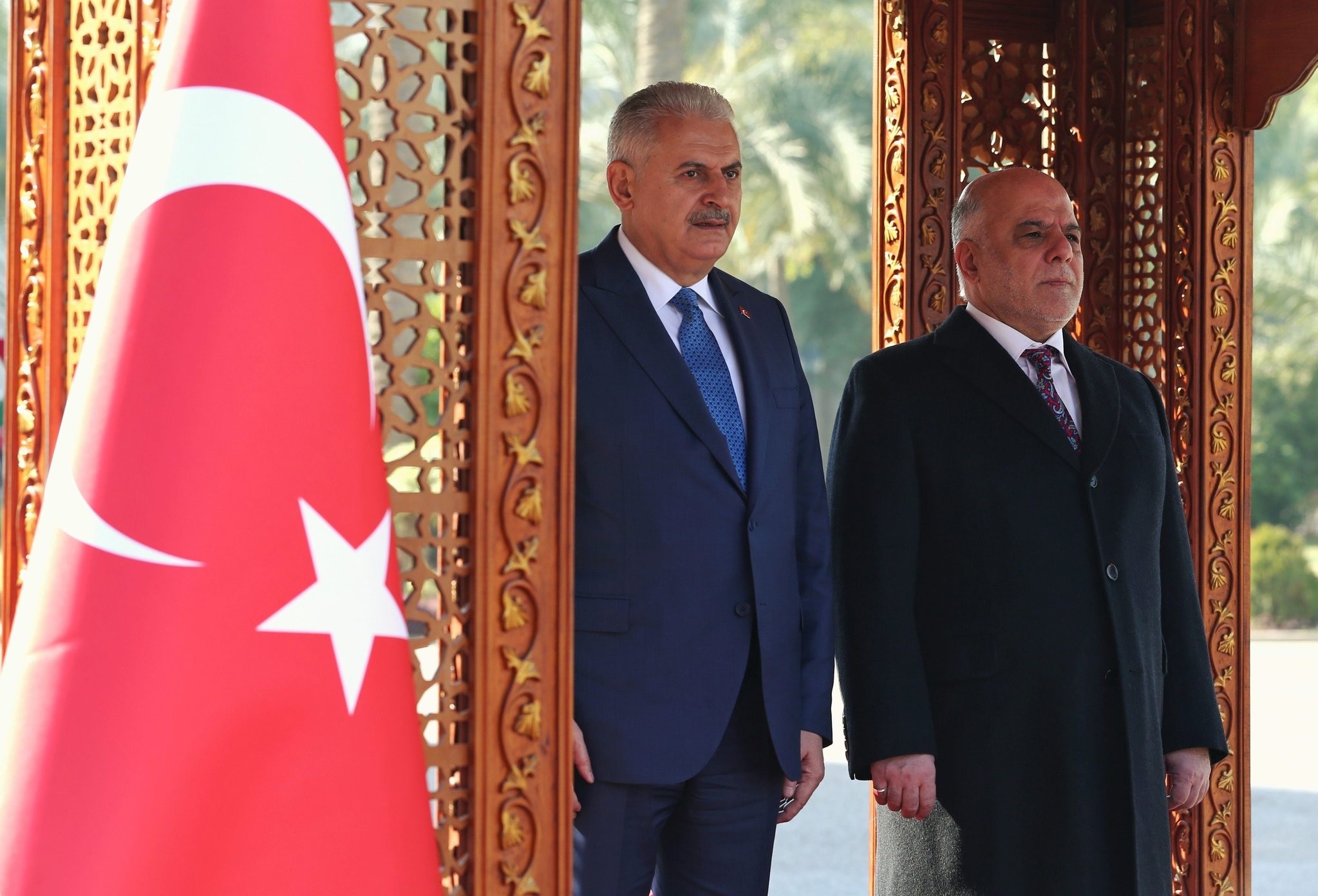 Prime Minister Yıldırım and his Iraqi counterpart Haider al-Abadi discussed a range of issues, from security and economy, to bilateral relations and regional issues in a phone call on Tuesday. The Iraqi premier reassured Yıldırım that the country will not let any threat from Iraqi territory reach Turkey.

Underscoring the importance of further developing regional and bilateral relations, Abadi hinted at new cooperation opportunities between the two countries in the field of security.

Both leaders confirmed their common desire to strengthen relations, especially in eliminating the terror threat in the region.

In the call, Yıldırım conveyed Turkey's position on and expectations about the fight against terror groups, particularly the PKK/PYD to Abadi, and reiterated that Turkey will continue to make contributions to and cooperate with the international coalition in the fight against Daesh.

The offensive came as part of a wider campaign launched last October to retake the entire city, which Daesh overran in mid-2014.

The PYD is a Syrian offshoot of the PKK, which is listed as a terrorist organization in Turkey, the U.S. and EU. While Turkey considers the PYD/YPG as Syrian affiliates of the PKK, the U.S. does not regard the groups as its offshoots.