US calls for calm over Turkey-Netherlands row, emphasizes freedom of assembly 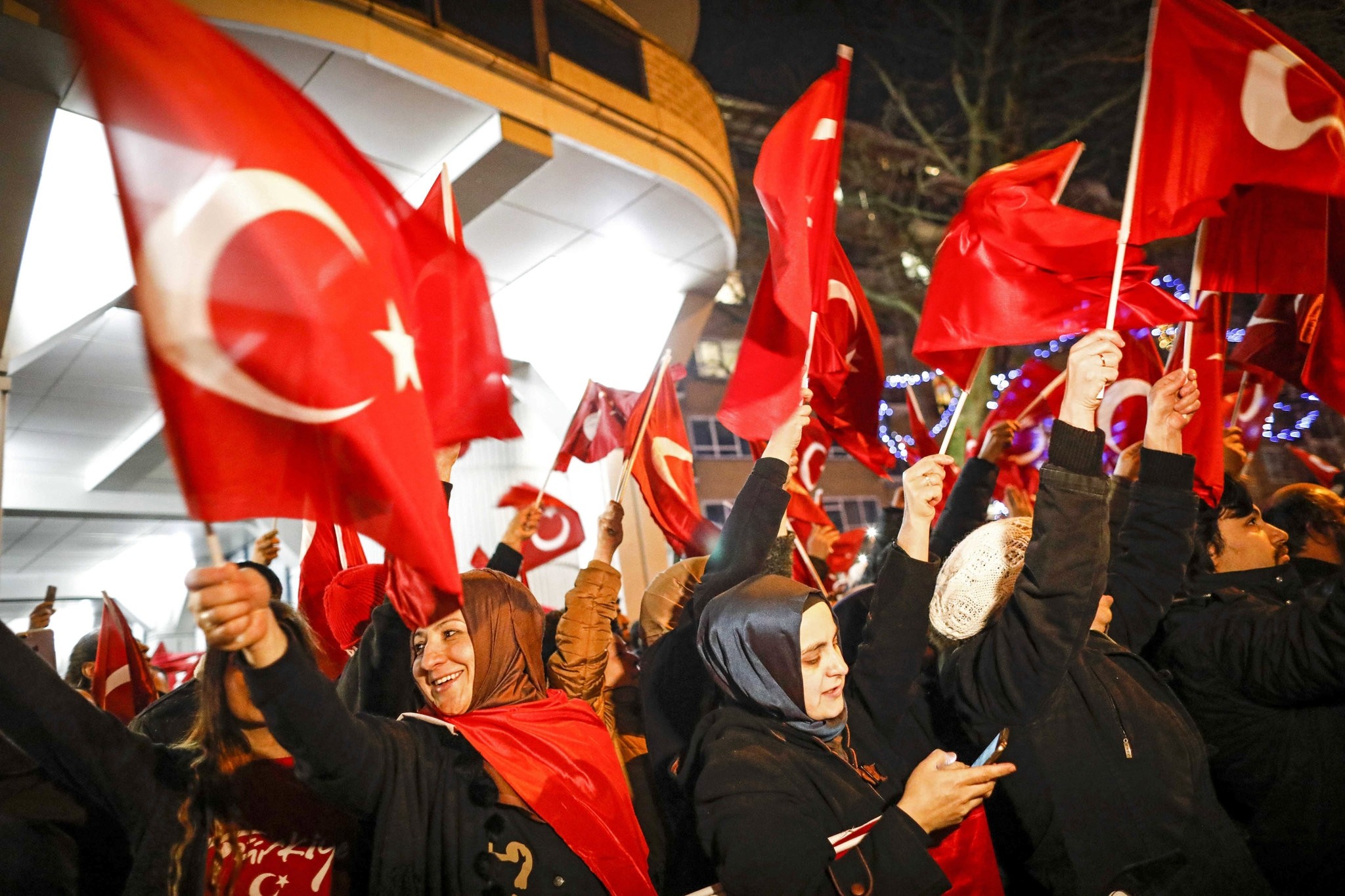 People wave Turkey flags as they protest outside the Turkish consulate in Rotterdam, the Netherlands, 11 March 2017. (EPA Photo)
by Daily Sabah with Agencies Mar 14, 2017 12:00 am

The United States called on Turkey and the Netherlands to resolve the diplomatic row between them as it emphasized the freedom of demonstration following the Dutch ban on Turkish protests in Rotterdam.

"They're both strong partners and NATO allies. We'd just ask that they not escalate the situation any further and work together to resolve it," said a senior State Department official, who spoke on condition of anonymity.

The US diplomat said that the new administration of President Donald Trump has not directly intervened in the row because the Netherlands and Turkey are "strong democracies."

"I think they can work it out between them," the official said.

The diplomat did not indicate a position favoring either the Netherlands or Turkey in the crisis, which the European Union and NATO sought to defuse Monday

But, in a broad statement, the official said, "What we would like to see is A) people allowed to protest peacefully and demonstrate peacefully but B) mindful of that, both countries need to refrain from the war of words we have seen over the weekend."

The comments came before Ankara severed high-level relations with The Hague and barred the Dutch ambassador from returning to Turkey over their row about whether Turkish officials can attend rallies in The Netherlands ahead of a referendum.

On Saturday, the Dutch government first cancelled the Turkish Foreign Minister Mevlut Çavuşoğlu's flight permit to the Netherlands and then blocked a convoy carrying Family Minister Fatma Betül Sayan Kaya and forced her to leave the country under police escort.

When Turkish citizens in Rotterdam peacefully protested these developments, they were met by police using batons, dogs and water cannons, in what some analysts called a disproportionate use of force.

The events have drawn strong criticism from the Turkish government, which, earlier Monday, sent diplomatic notes to the Netherlands in protest.