Turkey, Russia and Iran agree to boost cooperation in Syria 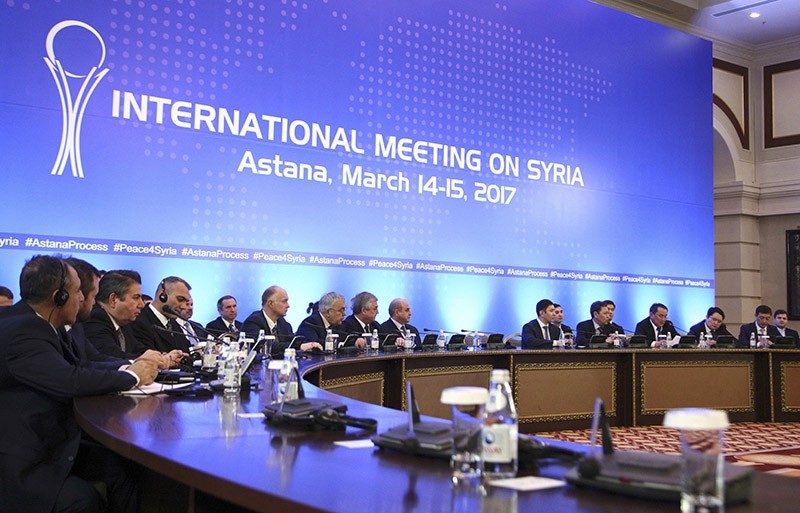 Reading a joint statement following the second day of third round peace talks over the Syrian conflict in the capital Astana, Kamaldinov said the parties emphasized their determination to strengthen the cease-fire in Syria.

"They agreed on reporting cease-fire violations [in Syria], ensuring a decrease in breaches and bolstering the effectiveness of the trilateral monitoring mechanism," he said.

Kamaldinov said they also agreed that Iran would join Turkey and Russia as an "official" guarantor of the cease-fire.

The Astana talks, which focused on the cease-fire that came into effect Dec. 30, have been brokered by Turkey, which backs the opposition, and Russia and Iran, who support the Assad's regime.

Following the Dec. 30 cease-fire, the first round of Astana talks were held on Jan. 23 and Jan. 24. There, Turkey, Russia and Iran established a trilateral mechanism to observe and ensure full compliance with the cease-fire in Syria.

Kamaldinov said the next meeting in Astana will be held on May 3 and May 4. He added a preparatory meeting will be held in Tehran on April 17 and April 19.

He said the parties agreed to work on protecting historical artifacts in Syria, which are listed in the UNESCO World Heritage List.