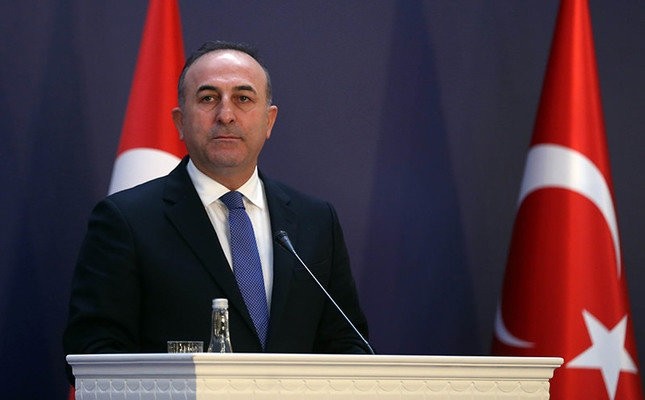 by Daily Sabah with AA Mar 15, 2017 12:00 am
Foreign Minister Mevlüt Çavuşoğlu said in a televised interview late Wednesday that the Turkish government may cancel the refugee deal with the European Union.

Çavuşoğlu's remarks came at a time when Turkey-EU relations are at stake, especially this week's detention of Turkish officials by the Netherlands. The northern European country detained the Turkish chargé d'affaires in The Hague, Alper Yüksel and Rotterdam consul general Sadin Ayyıldız. The Dutch premier Mark Rutte apologized to his Turkish counterpart Binali Yıldırım for the detentions.

"Turkey has no obligation at this stage to continue the agreement since the EU has failed to comply with it," Çelik told a news conference in capital Ankara.

"Nonetheless, we have acted [all this time] out of humane responsibility," he said, adding Turkey had prevented a lot of deaths in the Aegean Sea after the deal.

"But Turkey should reconsider this issue [the refugee deal] especially in terms of land crossings," Çelik said.

The deal included a 6 billion euro ($6.8 billion) aid package to help Turkey care for millions of refugees hosted in the country. However, Turkey has so far received only 677 million euros ($716 million).

In a joint statement from November 2015, the EU and Turkey confirmed their commitments to re-energize the accession process.

A year later, however, the European Parliament approved a non-binding motion to freeze EU-membership talks with Turkey, in response to post-coup investigations and recent developments in the country including measures taken within the framework of the fight against the PKK and Gülenist terror groups.