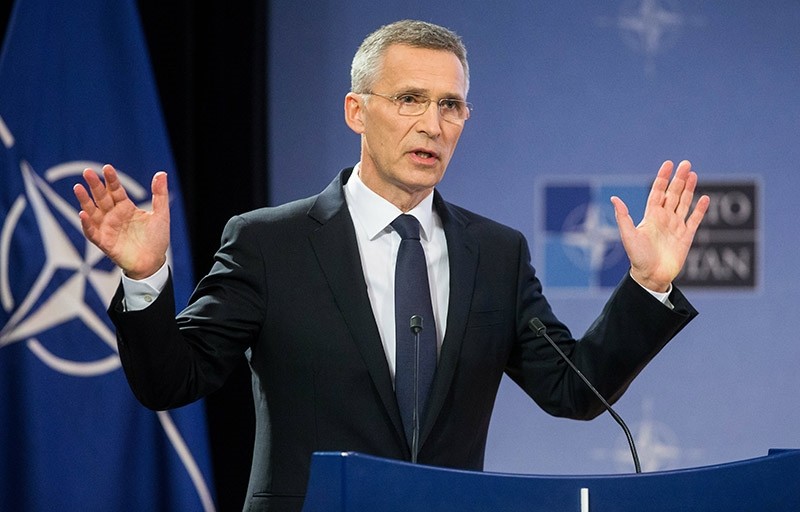 NATO's Secretary-General Jens Stoltenberg urged Austria and Turkey on Friday to resolve a diplomatic dispute that has led to some cooperation programs being blocked.

Austria, which is not a NATO member but cooperates with the alliance, led calls last year to halt Turkey's European Union accession talks. Vienna has also spoken out against Turkish politicians holding rallies in European countries.

Turkey, a NATO ally, has withdrawn from some alliance cooperation, saying the move is aimed only at Austria.

"It is a very unfortunate situation and it means some cooperation programs can't be launched ... We strongly urge them to solve it, so that it won't have negative consequences for the cooperation," Stoltenberg told reporters during a visit to the Danish capital Copenhagen.

Turkey's withdrawal of some NATO cooperation with partner countries is only aimed at Austria, Fatma Paşaoğlu, spokeswoman for Ankara's mission to the military alliance, said Wednesday.

NATO officials told Reuters on Wednesday that Turkey's blocking of 2017 projects - mostly military training ones - has not only affected Austria but also other countries that are not members of the alliance but cooperate with it.

The training program is reportedly the Partnership for Peace (PfP), which aims at creating trust between NATO and other states, including some from the former Soviet Union.

A spokesman for Austria's Defense Ministry said the blockade has been going on for months.

The spat could also mean that Austrian officials may encounter problems when accrediting for NATO buildings, a source with knowledge of the matter said.