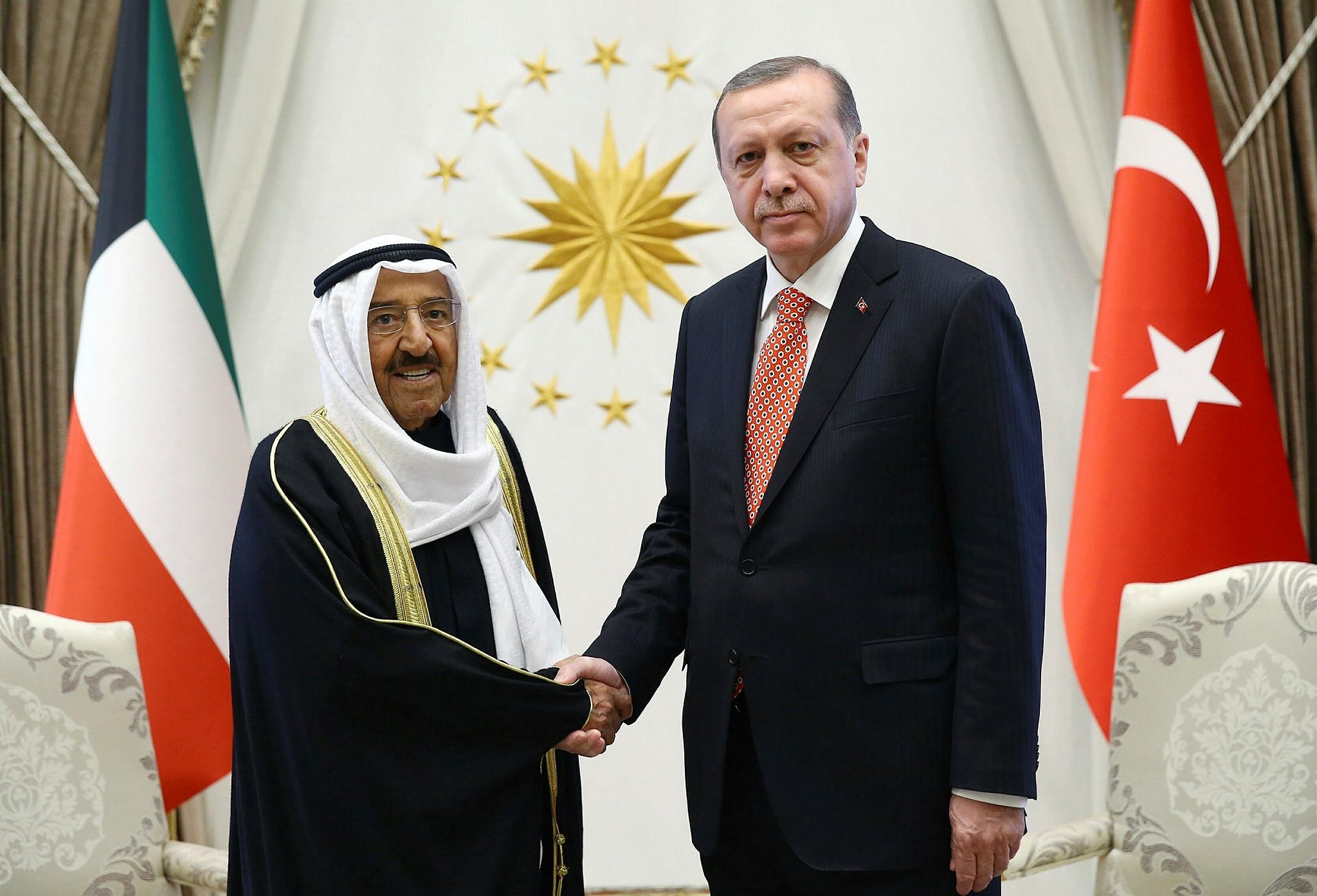 President Recep Tayyip Erdoğan received Kuwaiti Emir Sheikh Sabah Al-Ahmad Al-Jaber Al-Sabah on Tuesday as the Emir started his two-day visit to Turkey in which a number of agreements are expected to be signed between the two countries.

President Erdoğan and Sheikh Sabah al-Ahmad al-Jaber al-Sabah exchanged awards late in a ceremony held in the Presidential Complex in Ankara as Erdoğan received the Order of the Mubarak the Great, which is the highest award given by Kuwait

In return, Erdoğan presented the Order of the State of the Republic of Turkey, the highest order in the country, to the Kuwaiti emir.

In his speech, Erdoğan praised the Emir's efforts in helping the Syrian refugees and expressed his wish that Turkish-Kuwaiti relations develop even stronger.

Kuwaiti Emir Sabah also praised the president, saying "This ceremony has been a beautiful reflection of Turkish-Kuwaiti relations."

Earlier on Tuesday, Prime Minister Binali Yıldırım met Kuwaiti Emir as the pair discussed areas of common interest between the two countries, including trade, culture, tourism and defense, the official said on condition of anonymity due to restrictions on talking to the media.