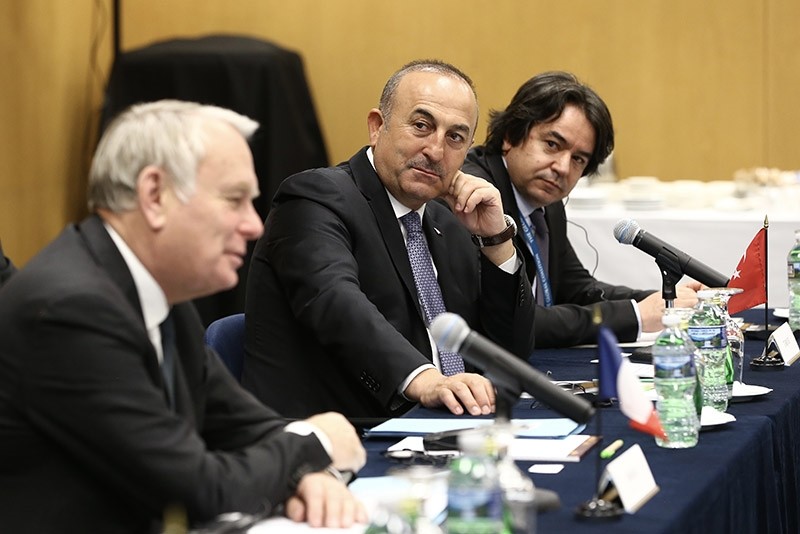 The meeting was organized by Ayrault at the French embassy in Washington to evaluate the latest developments in Syria and the Middle East, before the planned ministerial meeting regarding a global anti-Daesh coalition on Wednesday.

The two foreign ministers addressed the Syrian crisis in detail, and Çavuşoğlu conveyed Turkey's priorities for Syria to Ayrault.

Çavuşoğlu also held bilateral talks with U.S. Attorney General Jeff Sessions and National Security Advisor H. R. McMaster in Washington, during which the main topics were the extradition of FETÖ terrorist group's leader Fetuttlah Gülen, who is responsible for the failed July 15 coup attempt, and the U.S. supporting PKK-offshoot PYD in Syria.

Çavuşoğlu is also expected to meet with Turkish citizens in New York Wednesday.