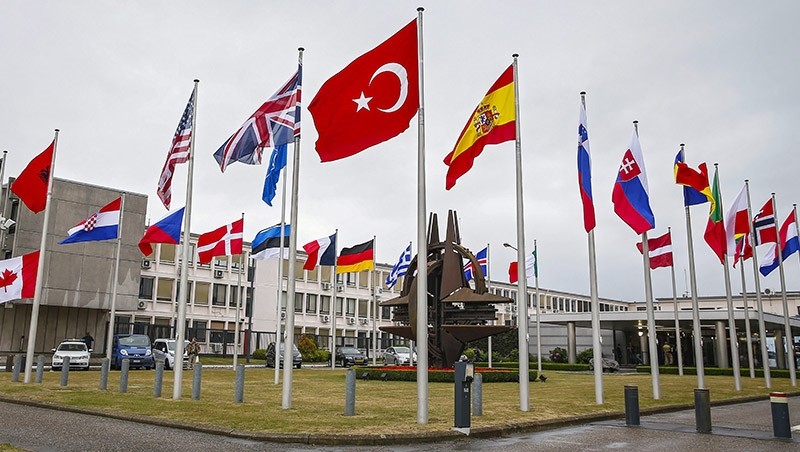 Amid an escalating diplomatic row between Turkey and Germany that resulted after German authorities banned Turkish minister meetings while allowing terrorist groups to march in the country, the German government moved to block arms deliveries to Turkey, a key NATO ally in the fight against terrorism.

The German government has blocked 11 weapons deliveries to Turkey, which is actively fighting against PKK and Daesh terror groups on Turkish soil and on the ground in Iraq and Syria. The blocked deliveries began in the start of 2016, according to a document issued by the Economy Ministry and reported by dpa.

The arms deliveries - which included hand-held weapons, ammunition and weapons components - were blocked because of alleged human rights considerations, the ministry said in response to a question submitted by left-wing lawmaker Jan van Aken.

The ministry said they made the decision to block the exports to Turkey out of fear that the weapons could be used "in the context of domestic repression or in the Kurdish conflict," referring to Turkey's 40-year-long fight against the PKK, which is designated a terrorist group by the U.S., the EU and NATO.

Van Aken, a weapons expert for the opposition Left Party in parliament, welcomed the government's decision, saying it marked a precedent to deny arms deliveries to fellow members of the NATO military alliance.

"The next step must be that Turkey gets absolutely no weapons from Germany," he told German newspaper Süddeutsche Zeitung.

Germany is the provider of Leopard tanks to Turkey, in addition to Heckler & Koch MP5 automatic rifles mainly used by the security forces in urban counter-terror operations.

Following reports that Turkey's move would affect non-NATO member countries involved in the PfP program, NATO Secretary-General Jens Stoltenberg urged the two countries to resolve the diplomatic dispute, which ultimately led to the blocking of some cooperation programs on March 17.

Turkey now awaits the response of NATO on Germany's unilateral move blocking arms supplies amid the country's intense fight against the Daesh terrorist group in its south.

Turkey also fights the PKK terror group in its southeast, which has killed more than 1,200 security forces and civilians since it relaunched its 40-year-long armed insurgency against the Turkish state in July 2015.