Erdoğan to hold meeting with Trump in May 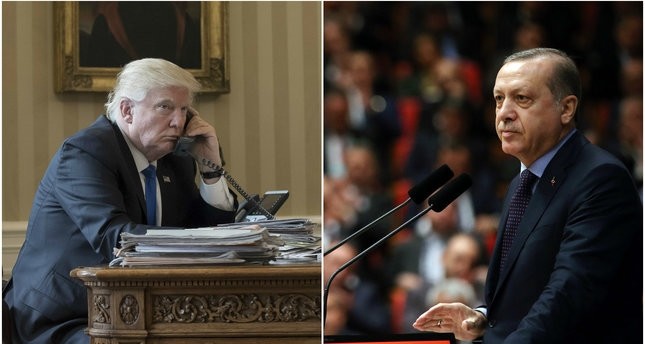 President Recep Tayyip Erdoğan said on Thursday he would have "face to face" talks with U.S. President Donald Trump in May and that Syria and the leader of the Gülenist Terror Group (FETÖ), Fetullah Gülen, would be the top bilateral issues.

In an interview with CNN Turk, Erdoğan said talks with Washington continued on Gülen over his extradition to Turkey.

Erdoğan said a planned operation to drive Daesh from their Syrian stronghold of Raqqa, and the fate of the Syrian town of Manbij were "very important regional decisions we have to take," and said Turkey was saddened by the U.S. and Russian readiness to work with PKK terrorist organization's Syrian offshoot the People's Protection Units (YPG).

He also said a U.S. and British ban on devices bigger than a cellphone in the cabin on flights from several countries including Turkey had damaged mutual confidence and said he hoped the mistake would be corrected soon.