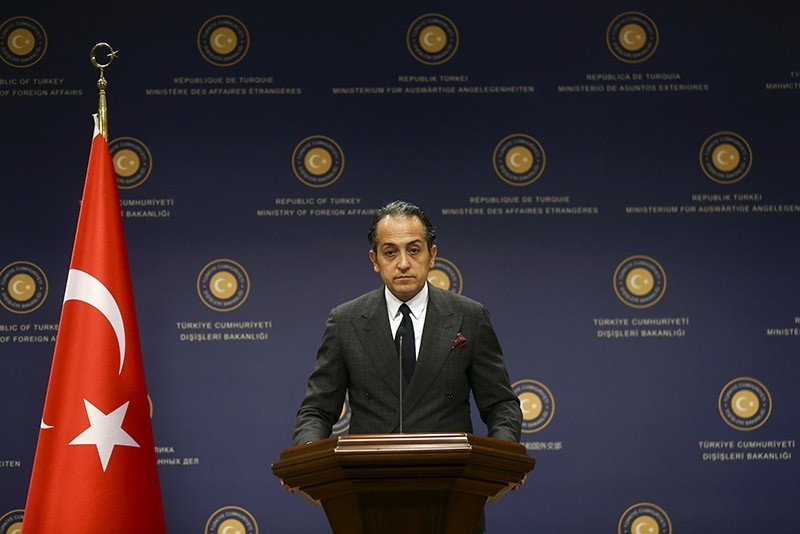 Upon the ceasefire deal brokered by Turkey, Iran and Russia in Astana talks, Müftüoğlu said that Russia is responsible for monitoring ceasefire violations in the area. He said the charge d'affaires was asked to do what is necessary to prevent the violations, or Turkey will retaliate against the attacks. He noted that coordination between Turkey and Russia is the most effective method to curb these violations.

Russian troops are currently present in the area, which is controlled by the PYD, the Syrian offshoot of PKK terror organization. Müftüoğlu said that Turkey's position on the presence of Russian troops in the region was reiterated.

Restrictive measures pose challenges to materialize the common will to increase the trade volume between Turkey and Russia, Müftüoğlu added.

The soldier was killed on Wednesday morning at the Bükülmez Border Post in Reyhanlı district of southern Hatay province by gunfire from Syria, the Turkish General Staff said in a statement on Wednesday.

The army retaliated in self-defense under international law, the statement added, without specifying the form of retaliation.

The PKK/PYD is listed as a terrorist organization by Turkey due to its ties to the PKK, which has waged a terror campaign against Ankara since 1984.

However, the PKK/PYD is viewed by the U.S. as its ally against Daesh in Syria and Russian forces are stationed in Afrin, the northwestern Syrian district controlled by the PKK/PYD.