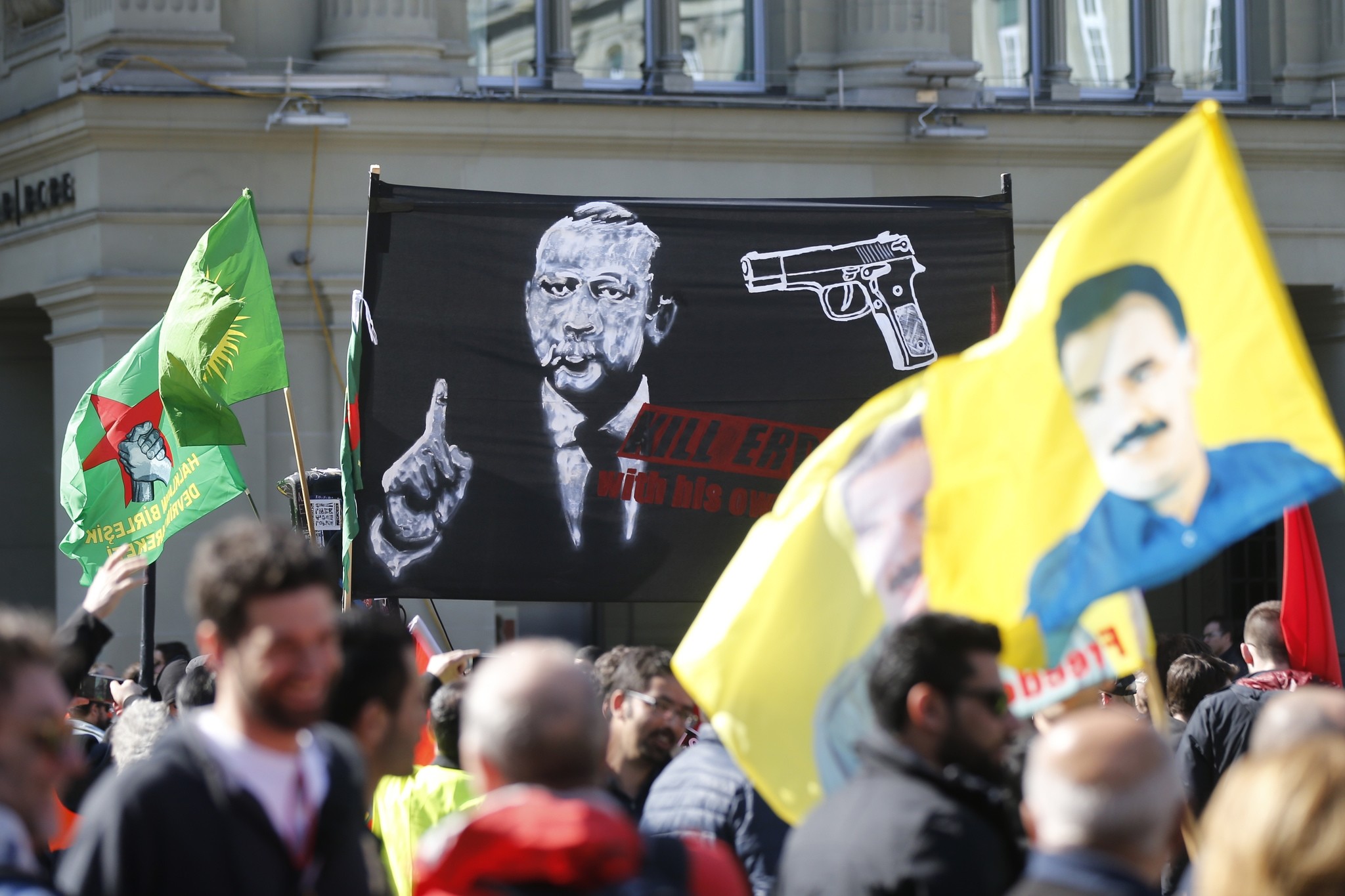 Authorities in Bern have opened a probe into a mass meeting of members and sympathizers of the PKK terrorist group in the Swiss capital where protesters held placards that read "Kill Erdoğan" under a photo of a handgun pointed at President Recep Tayyip Erdoğan's head.

According to a report by Swiss state news agency, the Bern-Mitteland public prosecutor's office opened an investigation into the "Kill Erdogan" banner as well as organizing a rally without official permission. The security chief of Bern, Reto Nause also confirmed the probe.

No detention has been carried out yet as part of the investigation.

Around 250 PKK supporters and some socialist party supporters including followers of the Green Party of Switzerland gathered Saturday in front of the Parliament building in Bern where a rally was held to promote the "No" vote for Turkey's upcoming referendum.

Among those participating in the rally were supporters of the far-left terrorist group the Revolutionary People's Liberation Party-Front (DHKP-C).

Feleknas Uca, a member of the pro-PKK Peoples' Democratic Party (HDP) also gave a speech during the controversial rally, urging Turks to vote "No" in the referendum.

Turkey's Foreign Ministry summoned the Swiss ambassador to Ankara over the rally Sunday.

Ankara has repeatedly criticized the EU and the West for supporting terror groups, particularly for allowing the PKK to carry out its activities within the borders of European countries.