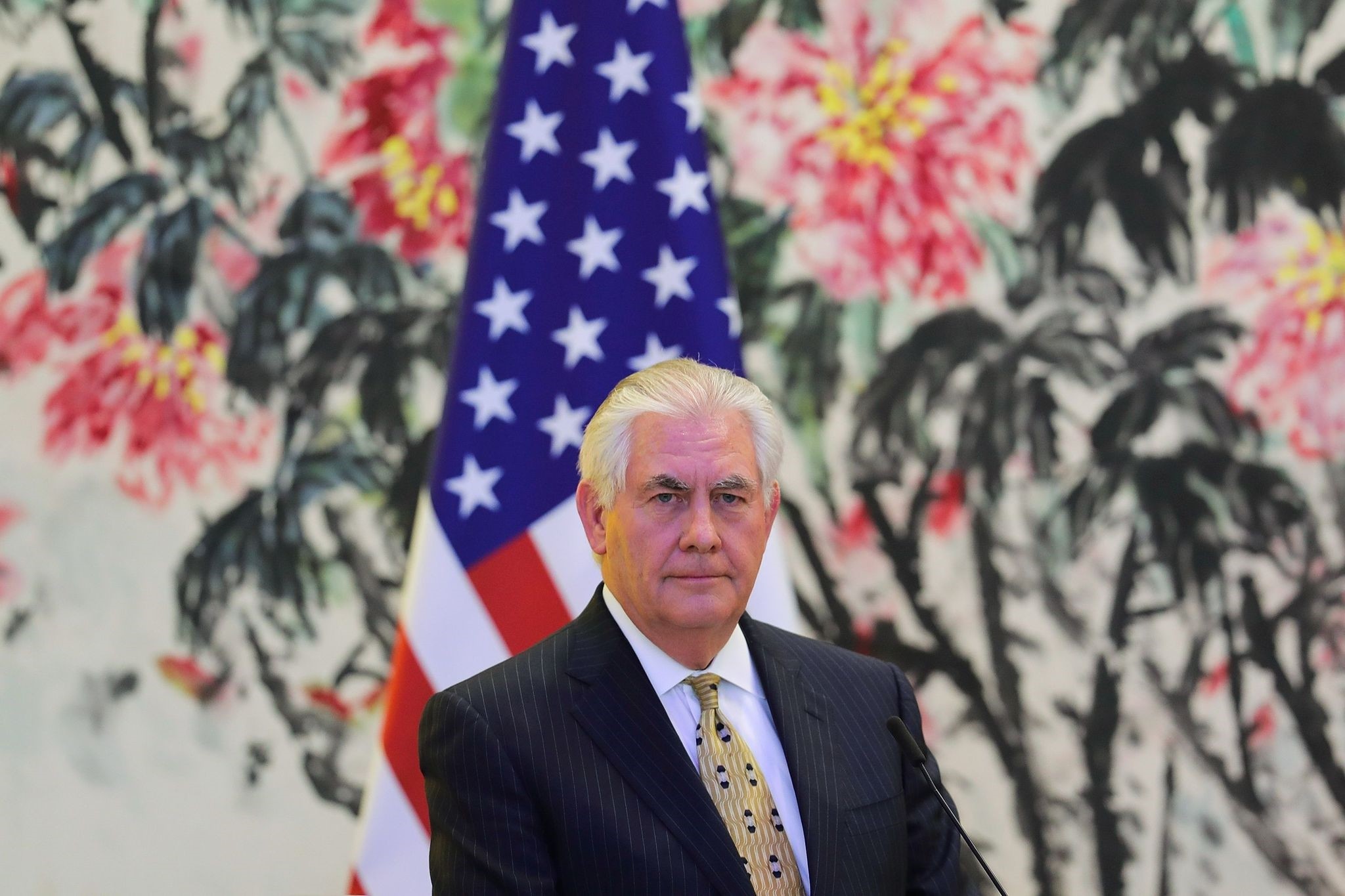 The U.S. Secretary of State Rex Tillerson will discuss the upcoming operation to retake Daesh's so-called capital Raqqa, and stabilization efforts in already seized areas in Syria in his visit to Ankara on March 30, senior U.S. officials said Monday.

Tillerson, who is scheduled to meet Turkish President Tayyip Erdoğan and other senior officials, will also offer his condolences to Turkish people for the loss caused by recent terror attacks, the officials added.

The Raqqa talks are expected to be centered around Syria-based YPG, or People's Protection Units, a U.S. partner against Daesh since fall 2014. Turkey says YPG functions as the PKK's Syrian armed wing, and therefore it is a terror group, a charge that the U.S. officially rejects. Nonetheless, both the U.S. and the EU have previously designated the PKK as a terror group.

American officials, speaking on condition of anonymity due to government protocols, told journalists that Washington would be very mindful about Turkey's concerns regarding the YPG. Commenting on the recent operations around the Tabqa dam, U.S. officials said isolation efforts around Raqqa have recently accelerated and that negotiations regarding the YPG's further inclusion in operations or Turkey's participation were ongoing. Officials claim the composition of the YPG-led Syrian Democratic Forces (SDF) around Raqqa is at least 75 percent Arab -- a suggestion that has hardly convinced anyone in Ankara.

​This is why there have been multiple meetings and phone calls between Ankara and Washington since President Donald Trump's inauguration. American officials said there have been at least 6 cabinet level interactions between the parties.

The officials said stabilization efforts in recently liberated areas, such as Al-Bab and Manbij, would be a crucial item on the agenda during Tillerson's visit. Turkey says the U.S. should force YPG out of Manbij as it had promised long time ago. American officials say their main focus is to allow locals to return to their homes, and provide basic services for the residents. Americans are also concerned about renewed fighting in these areas, such as YPG-held Manbij, where the Turkish-backed Syrian opposition tried to seize earlier this month but was blocked by Russian and U.S. forces.

The Trump administration, like its predecessor, prioritizes the fight against Daesh over the Syrian civil war. Tillerson is likely to raise the importance of holding the ceasefire in Syria. American officials believe the Astana process launched by Russia and Turkey to provide a long-term ceasefire between the Syrian opposition and regime forces in Syria must be in place.

Regarding the extradition process of U.S.-based controversial Imam Fetullah Gülen, the alleged mastermind of the failed coup and the leader of the Gülen Movement which is designated as terror group by Turkey, the officials said that Secretary Tillerson is prepared to respond if the Turkish side brings up the issue. "But there is nothing to add at this time," they said.

Tillerson will continue to urge the Turkish government to respect freedom of press and expression in his dialogues during his visit, the U.S. officials added.