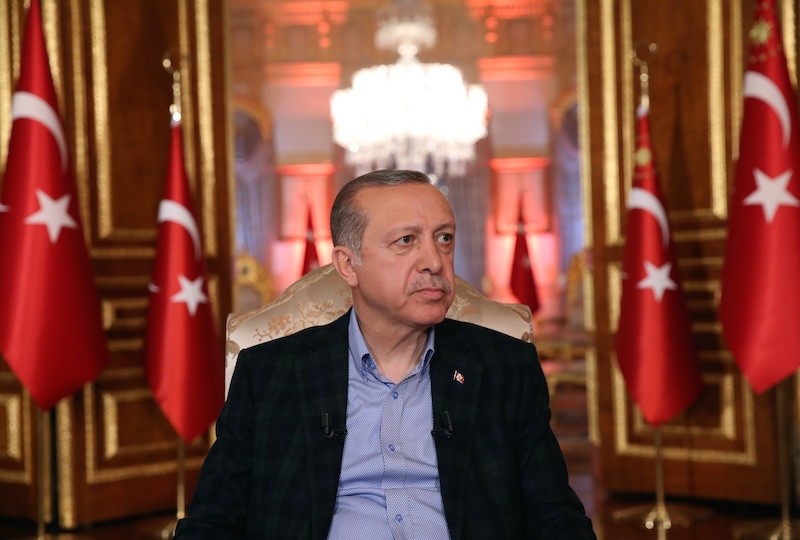 President Recep Tayyip Erdoğan asked Russia to reconsider its support for the Syrian regime Saturday, following a chemical weapons attack in Idlib earlier in the week and the U.S.'s military action in response.

Speaking in a live broadcast on Turkish broadcaster Kanal 24, Erdoğan said that Turkish forensic reports, radar reviews and other assessments showed that the Assad regime was responsible for the attack.

"It is our hope that this will not be limited to the U.S. action," Erdoğan said while speaking about responding to the Khan Shaykhun attack as well as the broader Syrian conflict.

"We hope that Russia gets involved as well -- that at least they stop defending [Bashar al-] Assad," Erdoğan said.

Erdoğan said he welcomed Moscow's recent statement that "unconditional support is not possible" to the Syrian regime.

Erdoğan said Syria "undoubtedly" has chemical weapons and it is clearly known whose airplanes dropped the bombs on civilians "as we have radar records".

The president also mentioned Turkish government statements saying that the use of a nerve agent was detected during the treatment of chemical weapons attack victims on the Turkey-Syria border in the presence of World Health Organization (WHO) experts.

He stressed that whether the attack is chemical or not, nearly 1 million victims have been killed in Syria, and that the world should act against all kind of civilian casualties, regardless of how they were killed.

The president also emphasized the need to reinvigorate the pursuit for a political solution. "If we say democracy, let's take this step," he said.

Erdoğan said while there was good progress in the Astana talks -- carried out in parallel to the Geneva process -- to reach a political agreement in Syria, "unfortunately it did not develop as we wanted."

On Friday, the U.S. fired 59 Tomahawk missiles at a Syrian air base American officials believe was used to launch the Khan Shaykhun attack that killed at least 100 men, women, and children and injured more than 500.

It was the most horrific chemical weapons attack in the war-torn country since a similar attack in eastern Damascus in August 2013, WHO said.

The Ghouta attack killed more than 1,300 civilians, mostly women and children, according to local and international human rights groups.