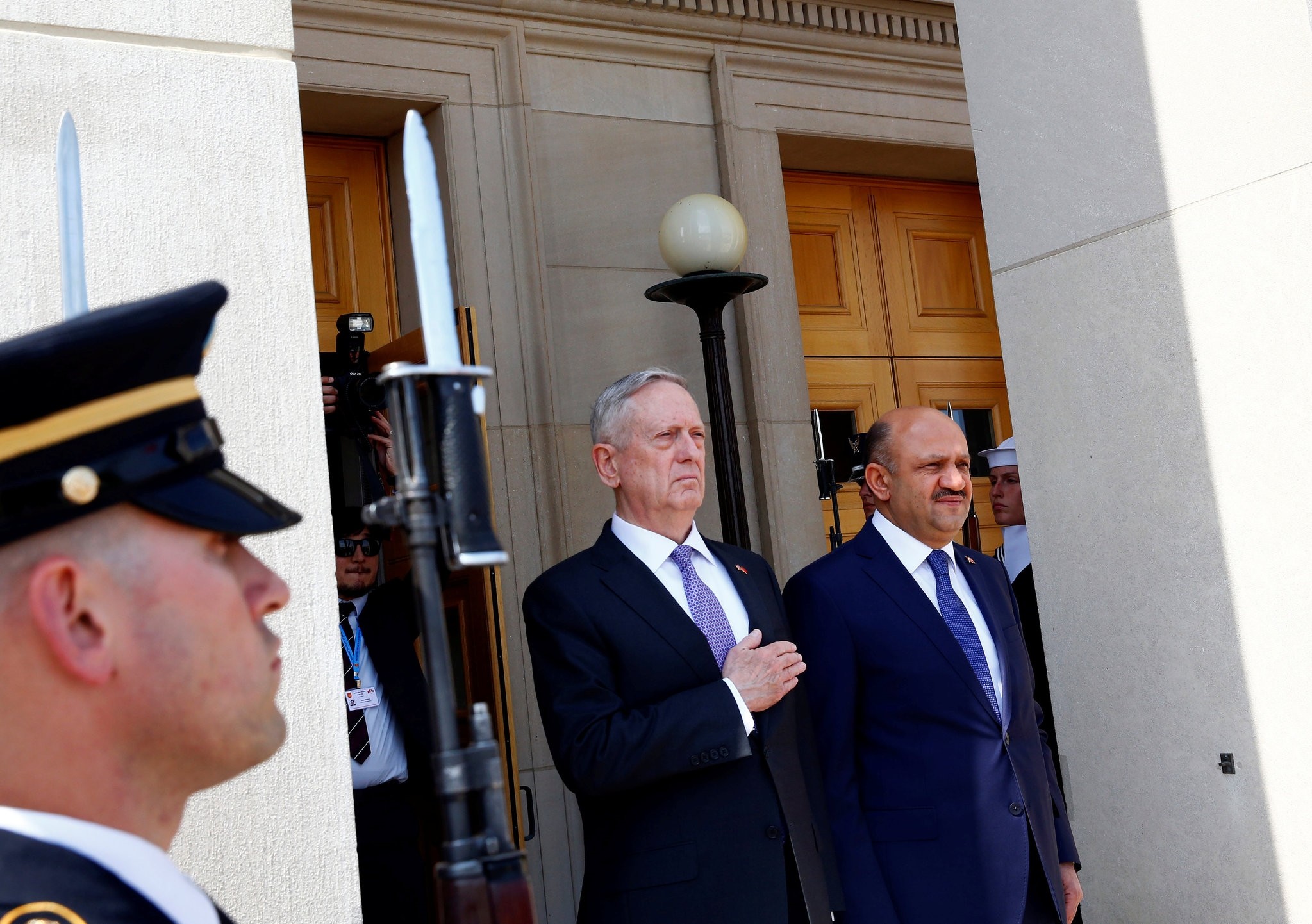 Turkey's decision to purchase S-400 surface-to-air missile systems from Russia is to be finalized soon, Defense Minister Fikri Işık said on Thursday after meeting his U.S. counterpart James Mattis at the Pentagon.

Speaking to reporters before the meeting, Işık said Turkey urgently needs an air defense system and the final decision to buy the S-400 systems will be made by President Recep Tayyip Erdoğan and Prime Minister Binali Yıldırım.

Işık also said that Turkey has welcomed the recent U.S. air strike on the Syrian regime's Shayrat air base in Syria in retaliation to the chemical weapons attack in Idlib.

"Two NATO allies need to deepen their bilateral relations, and the common threats both Turkey and the U.S. are facing make it necessary to have a strong cooperation," the minister said.

For his part, Mattis said Turkish and American armies are working closely to fight against many terror groups, including Daesh and the PKK.

The S-400 was developed as an upgraded version of the S-300 series of surface-to-air missile systems. The system entered service in April 2007 and the first S-400 was deployed in combat in August 2007. According to sources within the defense industry, a regular S-400 battalion consists of at least eight launchers with 32 missiles and a mobile command post.

The system can engage all types of aerial targets, including aircraft, unmanned aerial vehicles (UAV) and ballistic and cruise missiles within the range of 400 kilometers (249 miles), at an altitude of up to 30 kilometers. The S-400 systems are capable of firing three types of missiles to create a layered defense, and the system can be deployed within five minutes, while simultaneously engaging 36 targets.

As a NATO-member, Turkey's procurement of the Russian S-400 system has raised concerns regarding the compatibility and integration of these weapons into the N.A.T.O. infrastructure. Minister Işık clarified last month that Turkey will use the Russian systems without integration, noting: ''Russia's S-400 missile systems will not be integrated into the N.A.T.O. system.''

Minister Işık also said the Russian missile system will be used to fulfill Turkey's immediate requirement while stressing that the uncompromising attitude of N.A.T.O.-member countries compelled Turkey to purchasing Russia's S-400 missile defense system. "We underwent negotiations to purchase N.A.T.O.-produced missile systems, but we could not get a reasonable offer in terms of price and technology transfer. Thus, our negotiations with the Russians have intensified," Minister Işık said on March 15.