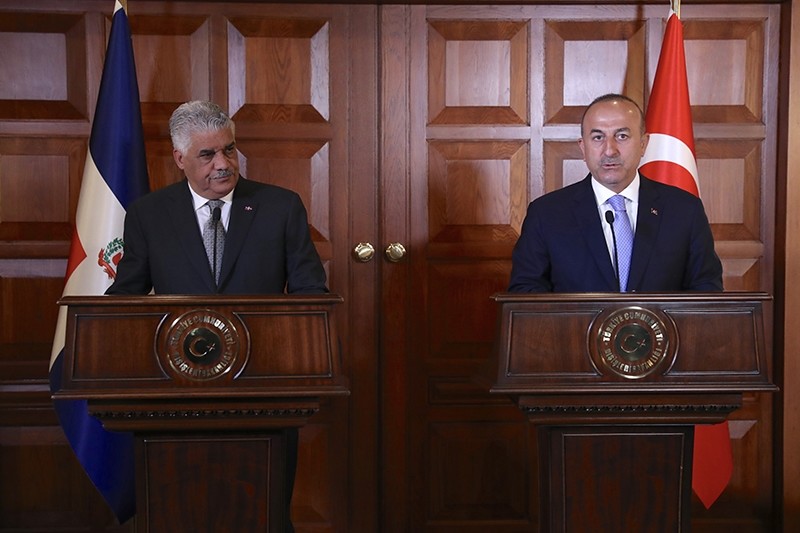 The Dominican Republic plans to open an embassy in Turkey, the country's foreign minister confirmed on Wednesday.

"We would like to open an embassy in your country within four, five months," Miguel Vargas told reporters after meeting his Turkish counterpart Mevlüt Çavuşoğlu in Ankara.

Turkey and the Dominican Republic signed a joint declaration of intent concerning cooperation on many areas including economy and defense, Çavuşoğlu said.

Ankara opened its embassy in the Dominican Republic in 2013.

The pair discussed bilateral ties, regional issues and trade during the first official foreign ministerial visit from the Dominican Republic to Turkey.

Istanbul will host a meeting of Turkish and Central American ministers on Thursday.